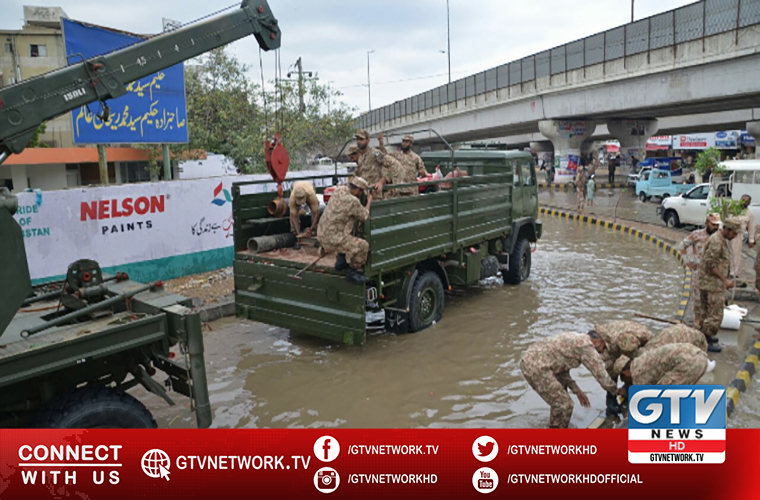 Heavy rains affected various parts of Karachi where Army’ has deployed engineers along with heavy machinery and specialised equipment.

They were refilling the breached area to stopwater flow.

Cooked meal was being provided to affected population struck due to heavy rains .

At least 200 families have been marooned in Dur Mohammad Goth and Kohi Goth because of flooding in the Malir Nadi, it said, adding they have taken refuge on the rooftops of their houses and will be rescued via helicopters after weather clearance.

People residing along Malir River and Sukhan river were also shifted to safer places as water entered in residential areas.

Traffic remains badly affected as national highway came under water after overflow of the Sukhan river.

At least three people have died in rain related incidents in the city so far.