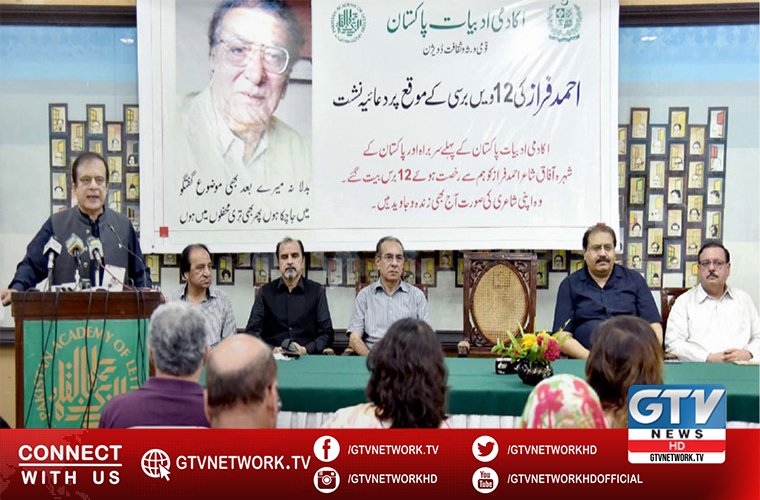 He was talking to the media persons at H-8/1 graveyard on the occasion of death anniversary of Ahmad Faraz.

Ahmad Faraz always raised voice against the excesses and oppression perpetrated in Indian Illegally Occupied Jammu and Kashmir (IIOJ&K), the Palestine or any other part of the world.

The Information Minister said humanity and the people of this country were the constituency of Ahmad Faraz who always gave the message of peace and love.

He said Ahmad Faraz was sincere in his message. He was a brave person who never compromised on his principles.

He said the love Ahmad Faraz received from the people has no parallel in the country’s literary history.

Shibli Faraz said the work of great poets such as Ahmad Faraz is a guidance for all of us.

Meanwhile, he also addressed an event held under the aegis of Pakistan Academy of Letters in Islamabad on Tuesday.

He emphasized the need for promoting literary work of different writers and poets to acquaint the youth with their rich heritage and true values.

Furthermore, he said the literary work of our great poets and writers also provide solution to the problems which the society faced.

The Information Minister said the contemporary writers should continue their struggle to link the people of the country with their values and traditions.

He said Ahmad Faraz had a deep connection with the people hence his message based on honesty and sincerity.

Over 272120 Coronavirus patients have recovered in Pakistan so far