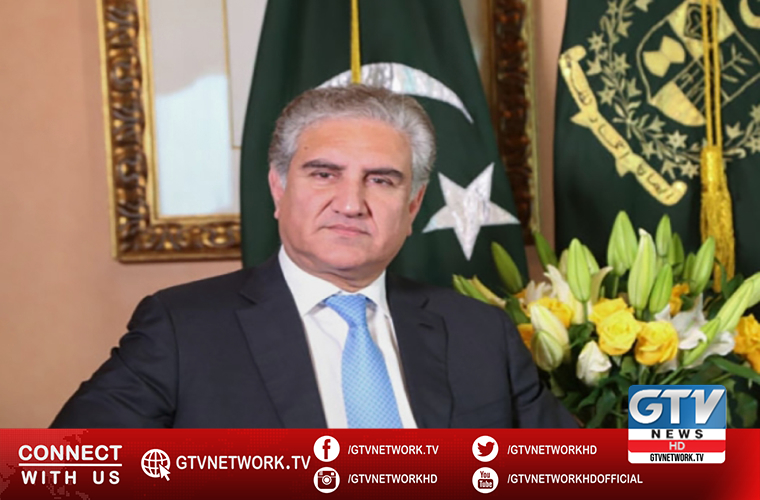 Foreign Minister on Friday paid homage to civilians and the personnel of armed forces and law enforcement agencies who lost their lives in the fight against terrorism.

On international Day of Remembrance and Tribute to Victims of Terrorism, Shah Mahmood Qureshi posted tweet.

He said: “…I pay homage to Pakistan’s armed forces, LEAs and civilians who have lost their lives to terrorism.”

further said the world had a collective responsibility to ensure sanctity of life.

The Foreign Minister said in a tweet.demanded end of state-sponsored terrorism in Kashmir and Palestine.

Meanwhile, Pakistan also observed International Day of Remembrance and Tribute to Victims of Terrorism on Friday.

The Day aims at honoring and supporting the victims and survivors of terrorism and promote their fundamental freedoms and rights.

The third commemoration of the International Day of Remembrance of and Tribute to the Victims of Terrorism take place at 10 am (New York time EDT).

In its resolution 72/165 (2017), UN General Assembly established 21 August as the International Day of Remembrance of and Tribute to the Victims of Terrorism.

Furthermore, it aims to honor and support the victims and survivors of terrorism.

Besides, it promotes and protects the full enjoyment of their human rights and fundamental freedoms.

Notably, primary responsibility to support victims of terrorism and uphold their rights rests with Member States.

Four FC soldiers martyred in a gunfight with terrorists in Balochistan