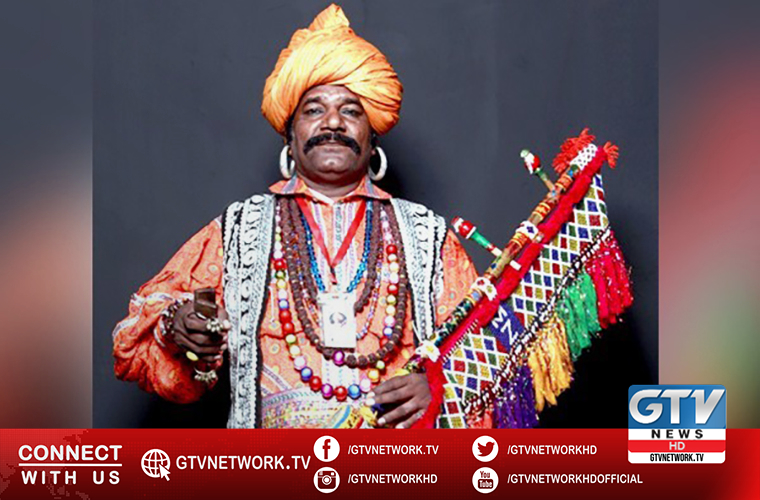 Pride of performance for Voice of Cholistan Krishan Lal Bheel

He was a superb singer who had a large number of audience at home and aboard and has been nominated for pride of performance award on August 14 for his meritorious services in the field of music.

Sukhdev, the elder brother of sing expressed jubilation over the nomination saying that Incumbent Government had won hearts of minorities by this award.

He told the APP that their joy knew no bound at Krishan Lal’s nomination adding that whoever bring good name to the country his services must be acknowledged.

He informed that his entire family was grateful to PTI Government which had never shown any discrimination to minorities adding that their community had arranged programmes in Rahim Yar Khan on Kashmir Siege Day (Aug 5), World Minorities Day (Aug 11) and Independence Day (August 14).

“ We are Pakistani nationals and and it is our homeland.” he stated.
, Krishan Lal Bheel, who packed up a few months ago, was one of leading folk singers of Pakistan.

Born in 1965 at Chak no 26 MP at Jamaldin Wali road, Sadiqabad, Krishan Lal was second in siblings and was fond of singing since childhood.

Mr Sukhdev said : We belonged to humble parentage. Our father was a religious person. Krishan used to croon while grazing goats in the area in his childhood. He was much inspired by legendary folk singer Mai Bhagi of Thar, Sindh and listened her songs eagerly.”

Jalal Chandio, another folk singer hailing from Sindh was Krishan’s favourite, he said adding that his brother had started singing from 1980.

He got education of music from Mr Chandio and former PMA Lala Mehr Lal G took him for first recording at Radio Pakistan Bahawalpur and introduced him to Station Director Nasrullah Khan Nasir, he stated.

Folksinger sang over 1,000 songs and received number of awards, Sukhdev informed and added that his home was full of awards and appreciation certificates.

The legendary artist could sing in eight languages including his maternal language, Marwari,Sindhi, Hindi, Saraiki, Urdu, Punjabi and Thari, he informed.