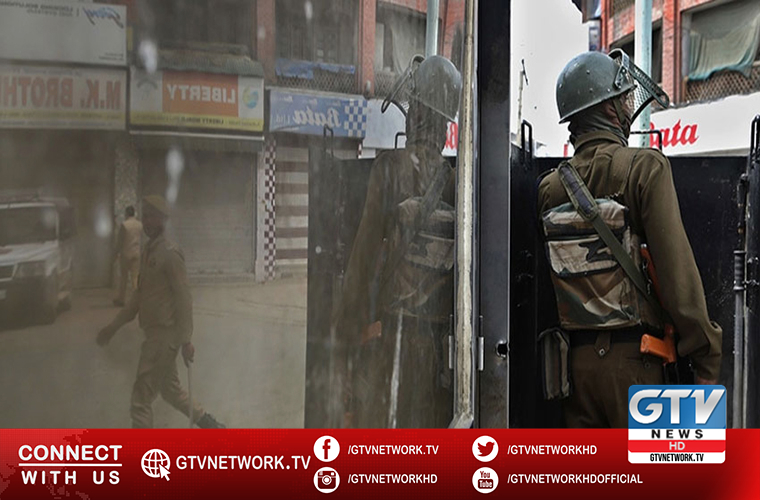 He shot himself dead with his service rifle at Brinwari area in the district Kupwara.

They are protesting against blasphemous remarks by a BJP leader.

Besides, Kashmiris protest against beating of two Muslims by Hindu extremists in Reasi district.

All Parties Hurriyat Conference.has given the call for protests.

The residents and trade unions of Srinagar and Kupwara held peaceful protest rallies against the blasphemous remarks.

They demanded exemplary punishment for the accused.

He said no Muslim can tolerate derogatory remarks against their beloved Prophet (PBUH).

In their fresh act of state terrorism, Indian troops martyred the two youth during a cordon and search operation in Kralgund area of the Handwara.

All Parties Hurriyat Conference had given call for the strike on Wednesday.

Notably, the shutdown also aimed at denouncing the killing of three innocent labourers by Indian troops in a fake encounter in Shopian last month.

The MKM Chairperson Yasmeen Raja made a demand in the statement.

She urged the UN and world human rights bodies to take notice of extrajudicial killings of innocent Kashmiris.