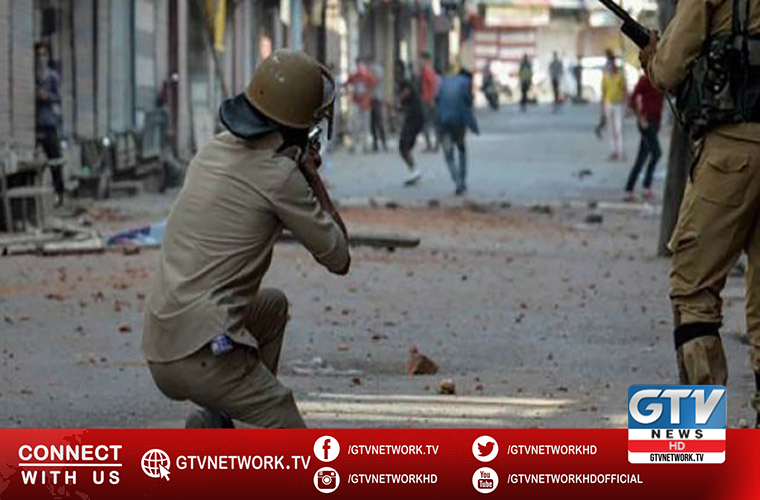 In Indian Illegally Occupied Jammu and Kashmir, the troops came under attack during search operation in Kreeri area of the district.

Indian forces’ personnel came under attack during a two-day cordon and search operation in Baramulla district.

However, three youth also embraced martyrdom during the operation.

A senior police officer claimed that the martyred youth were mujahideen who were killed during a gunfight with the troops.

Meanwhile, All Parties Hurriyet Conference (APHC) has called for a complete strike on Wednesday.

They  gave this call in protest against the killing of three innocent labourers from Rajouri.

APHC accused Indian troops of having killed them in a fake encounter in Shopian on the 18th of last month.

In a statement in Srinagar, the APHC spokesman demanded a probe by an international investigation agency into the killing.

The spokesman appealed to the United Nations, Amnesty International and Human Rights Watch to send their teams to Jammu and Kashmir to see for themselves the worst situation human rights situation in the territory.