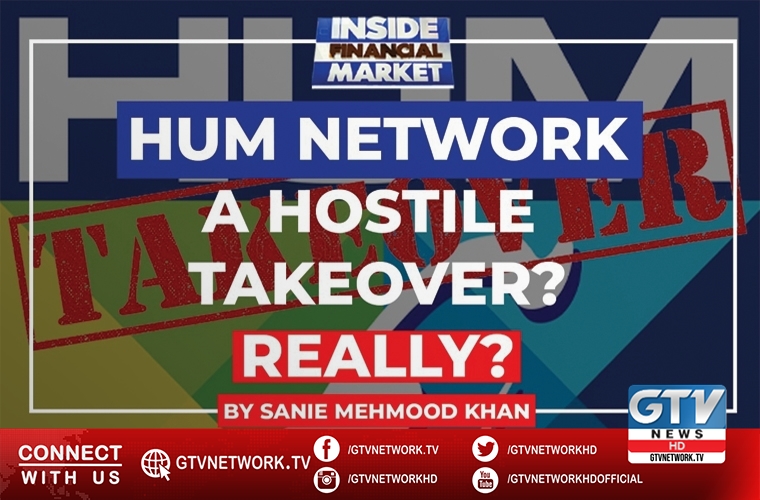 Corporate Pakistan is about to witness one of the fiercest battles of control in a spine chilling litmus test of the existence and applicability of law in letter and spirit.

In short, immediately after the sale to Kingsway, the shareholding of the company stood as follows: 30% was held with Sultana Siddiqui and family, over 20% with Kingsway Fund and around 10% with a JS led company.

A glimpse at the past

Between 2014 and now the JS-led company also sold a major chunk of its shareholding retaining a smaller percentage whereas Sultana Siddiqui and family and Kingsway collectively owned majority of the share capital of Hum Network. We also recall that Hum network’s existing management promised to merge MD Productions into Hum network – a promise which despite considerable lapse of time remains unfulfilled. Now we hear from various sources that transfer pricing through MD productions, corporate governance matters and high management salaries and benefits caused serious problems between Kingsway and Sultana Siddiqui and family.

Why not let shareholders decide?

Now, as per recent events that we have been closely following, the share price of Hum Network Limited has shot up. It turns out that during this period JS led companies increased their shareholding to around 10%. Examining Hum Network’s latest shareholding list (June 30th, 2020) we found that JS companies own around 9.90% whereas foreigners (including Kingsway) own over 40% of the company.

Now a basic question arises: who should decide who would run the management of the company? The simple, logical and universally accepted answer is that the shareholders should decide by contesting the elections of the board either through nominees or voting in favour of persons who are contesting and they believe will serve the company in their best interests.

An arrow in the dark

Now as we return to the present, we find two official notices by Hum Network’s existing management i.e. Sultana Siddiqui and family.

The first notice, which obviously has been used to blatantly settle score and make the regulator look in a different way as it clearly appears refers to some news articles. The crux of the notice is to entice regulators to investigate a matter of “price manipulation” and “acting in concert”. In the notice, it was particularly interesting to see an allegation that AitkenStuart was acting in concert with JS group companies; whereas, upon inspection of the shareholding list of June 30’ 2020, we do not see the name of AitkenStuart as a shareholder. This effectively renders the claim baseless. The connection that Hum Network has created around AitkenStuart by maligning their banking relationship with JS Bank is again nothing short of shocking. Shouldn’t all banks now take it as caution that any sizeable client can fall prey to such maligning allegations solely on the basis of a history of excellent working relationship?

The second question that arises is that when Sultana Siddiqui and family obviously knew that they did not have enough shareholding to serve their interests, why didn’t they simply buy the readily available shares by offering an appropriate price to the existing shareholders? What is the point of making all this now when it seems lost? The only plausible reason is that if they would have bought shares from the market their collective shareholding would have gone past 30% for which they would have to make a tender offer under the relevant takeover laws.

Third, in the same shareholding list of 30th June, there is another shareholder who bought shares almost within the same time period as JS Group. These shares were bought recently within the same time period when price was increasing by Arif Habib Limited and are a little over 65 million shares which is roughly 7% of hum network outstanding shares. Who would Arif Habib limited vote for or give their proxy to in the upcoming elections and shall that also be taken as acting in concert or shall we assume that Arif Habib accumulated shares on behalf of JS, Kingsway or Sultana Siddiqui and family? We believe that such suppositions are not only amusing but also devoid of any commercial/legal spirit.

Finally and above all, Hum Network’s existing management (Sultana Siddiqui & family) issued another notice at the PSX on August 13th which included a list of candidates who filed their nominations. Ironically, the notice excluded a number of directors on the basis of “PEMRA laws and direction”. It would be important to note that the sections of PEMRA that have been quoted do not in any way prohibit a candidate from contesting. Rather, the spirit of the sections is that when an election is done, the names of directors are sent to PEMRA for clearance – a practice that is applicable in all regulated sectors like SBP in case of banks and SECP in case of other entities within the financial sector. This act of the existing management of Hum Network is quite peculiar: we are yet to see a company who has been the judge, jury and at the same time acted on behalf of a regulatory body as if they were exercising its powers.

Please note that the most interesting summary of the entire write up points towards the fact that the existing management of Hum Network (Sultana Siddiqui and Family) cannot be classified as a controlling shareholder since 2014 for two reasons; 1) they are less than 30% in shareholding and hence below the take over threshold and 2) they have only been running this company on the back of proxies of other shareholders and the moment it appeared that those proxies stand unfavourable to them on account of poor performance or other reasons hence we are witnessing a hue and cry from the existing management of Hum anticipating the writing on the wall and therefore it seems that they are running a campaign to divert everyone from the core issue to retain management.

To conclude, for now it appears as though temperatures could rise. However, we await how just and timely the regulator acts and concludes the matter in the best interest of all the concerned parties and for once decisions are merit based and not on creating public sentiments, publishing irrelevant maligning materials, sweeping statements, looping multiple parties to confuse matters and conjectures to name a few.