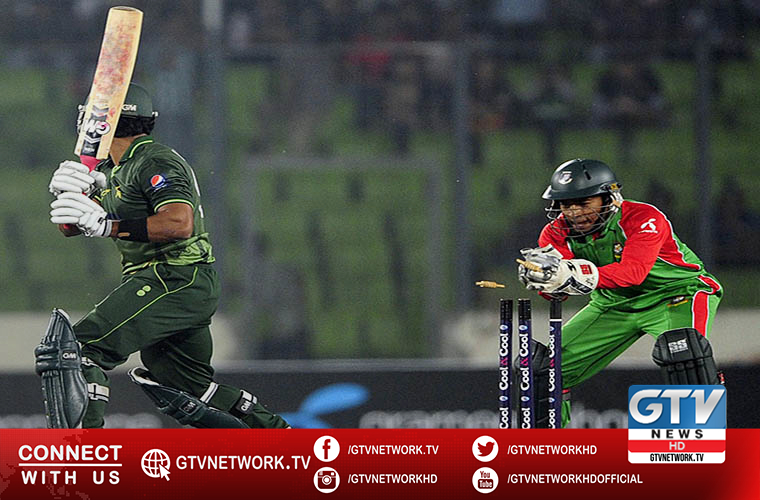 Cricket fans across the globe have expressed their dismay and anger at the International Cricket Council’s snub of the Pakistan cricket team in one of its recent promotional social media post.

The post didn’t include any representation from one of the most successful and attractive T20I teams.

“Dave Webb’s illustration shows many colours of many countries in the ICC Men’s @T20 World Cup,” said the ICC post, which didn’t include any Pakistan player.

The fans, including from the neighbouring countries, took to the social media and slammed the ICC for ignoring Pakistan, which won the ICC T20 World Cup 2009, remained the runners-up in 2007 and losing semi-finalists in 2010 and 2012.

“Disappointed from ICC not to show any one from Pakistan cricket team,” a fan wrote in his post.

“[The] ICC sharing this illustration means that without Pakistan it’s fine. Wow,” remarked another fan.

The ICC could have been given the benefit of doubt of an oversight had it removed the post after the fans had highlighted the glaring error.

But retaining it on its platforms even after four days forced the followers to believe this was a direct attempt by the ICC to insult and humiliate a proud cricket nation, whose contribution to the world cricket was invaluable and incomparable.

“It looks like the ICC is Indian CC. Intentionally done this!” a fan said in his post.

“Great to see the ICC being biased,” another fan remarked.

Pakistan’s latest contribution to the world cricket was their decision to tour England and help resume activities during COVID-19 pandemic that had brought the world sport to a standstill. India, in contrast, had postponed a number of its FTP commitments, but is now holding their league in the United Arab Emirates.

The ICC post features players from around 15 countries, with the most prominent players in the design being India’s Virat Kohli and Ben Stokes of England.

The selection of Kohli and Stokes in the graphic has also raised plenty of eyebrows within the cricket fraternity. While they acknowledged both were outstanding cricketers, they have questioned the logic for having them figured prominently as Kohli was ranked 10th in the T20Is while Stokes was hammered for four sixes in the ICC T20 World Cup 2016 final by Carlos Braithwaite, which gave the West Indies their second title in Kolkata.

In selecting the prominent faces, the ICC ignored the world’s number-one ranked T20I batsman, who leads India’s Lokesh Sharma and Australia’s Aaron Finch by a distance.

Interestingly, the ICC’s Marketing and Communications department is also dominated by staff from England and India, while the organisation is also headed by an Indian who had replaced South Africa’s David Richardson in April 2019.

The overlooking of the Pakistan players and the green shirts’ domination in T20Is can only be credited and attributed to their lack of knowledge.

“Is pakistan not participating in the T20 World Cup 2021? How can u not mention 2009 world champion? From when racism starts in cricket? answer!,” a fan asked the ICC in his post in relation to next year’s event, which will take place in October-November.

“Really @ICC? Is it hard to just count the total number of teams and tally which ones are ACTUALLY taking part in the WC,” wrote another fan, indirectly highlighting 16 sides as per the ICC announcement will feature in the next year’s tournament.

It is understood the Pakistan Cricket Board has already taken note of the post and will be raising it with the ICC at an appropriate forum.

FM sees Srebrenica Massacre like conditions in Kashmir and Palestine