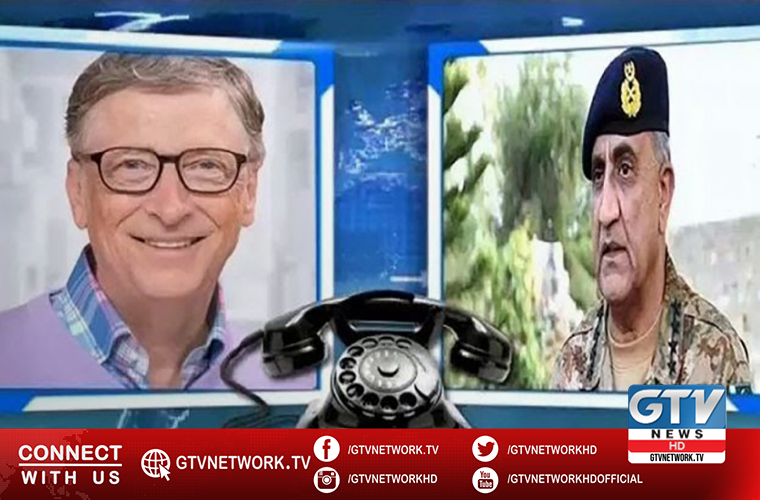 According to ISPR, he hailed Pakistan’s Covid-19 response and resumption of polio campaign.

The Army Chief attributed the success in fight against COVID19 to a true national response executed through the mechanism of National Command and Operation Center.

That allowed optimisation of resources.

About Pakistan’s efforts against polio, the Army Chief said it was a national cause and national effort for a polio free Pakistan. He said credit goes to grassroots workers including mobile teams, Law Enforcement Agencies and healthcare representatives.

Bill Gates reiterated The Gates foundation ongoing commitment to fight pandemics around the world and to support Pakistan in its goals of ending polio and improving health for every child.

On the other hand, Coronavirus situation is improving in the country with the total number of recovered persons from the virus has now reached 265,624.

According to the latest statistics, there are now 16,261 active cases in the country.

747 people tested positive and 9 lost life due to the virus over the last twenty four hours. 23722 tests were carried out during this period.

NCOC decides broader lockdowns for the containment of Coronavirus

Manzoor Pashteen arrested in Peshawar and sent on judicial remand