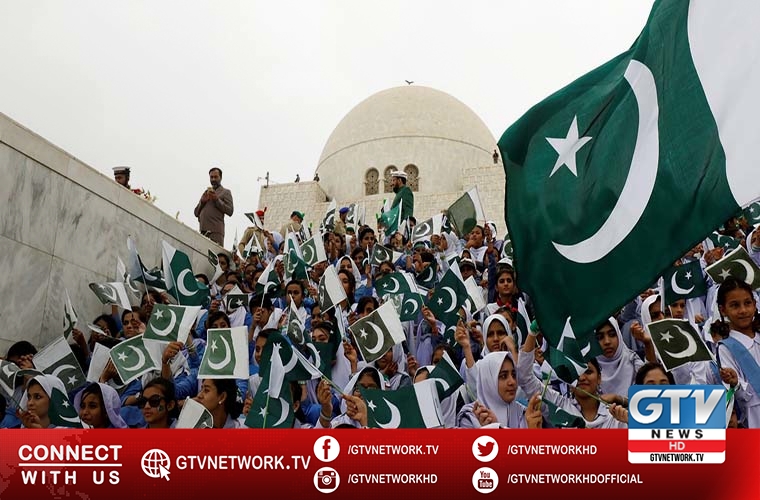 Preparations to mark the Independence Day of Pakistan go in full swing across the country.

The nation always celebrated Independence Day in a befitting manner with zeal.

Vendors have set up stalls for sale of buntings, national flags, Kashmir flags, banners, badges and pictures of national heroes.

Pakistani nation revere national heroes for they struggled tirelessly to achieve a common goal for Muslims of South Asia.

Citizens particularly youngsters are getting ready to celebrate the 74th Independence Day tomorrow with great enthusiasm and national zeal.

The great nation of Pakistan organise main event in Karachi at and around the mausoleum of father of the nation Mohammad Ali Jinnah.

Meanwhile, Pakistan Air Force has launched a new National song on the auspicious occasion of Independence Day of Pakistan.

They released song (Azad) as a befitting tribute to the resilience of Pakistani Nation which has weathered many odds ever since its independence and has emerged as a progressive nation.

The song depicts the selfless contribution of the armed forces in safeguarding the sovereignty of our motherland.