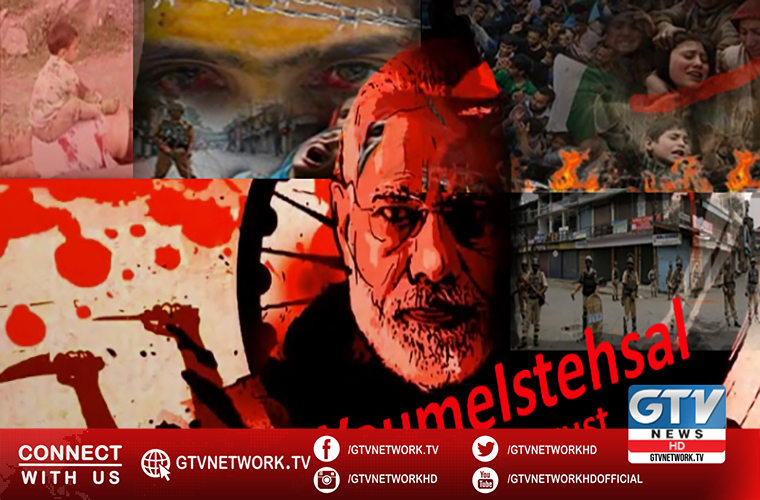 The nation is observing this day to express solidarity with the oppressed Kashmiri people on completion of one year of military siege of Indian Illegally Occupied Jammu and Kashmir (IIOJ&K).

To mark the day, one minute silence was observed at 10:00am across the country. Television channels and radio stations played national anthems of Pakistan and Azad Kashmir.

Traffic also came to a halt for one minute.

Meanwhile, supporters took out rallies across the country to denounce the Indian unilateral illegal actions against Kashmiri people.

They also condemned the Indian forces atrocities  in illegally occupied Jammu and Kashmir.

The participants of the walk wore black bands around their arms and carried flags of Pakistan and Azad Kashmir. They chanted slogans against the Indian brutalities in Indian illegally occupied Jammu and Kashmir.

Meanwhile, posters and billboards have been displayed at the main roads of Islamabad and all provincial capitals to highlight the plight of Kashmiri people.

They expose the atrocities being committed by the occupation forces in Indian Illegally Occupied Jammu and Kashmir.