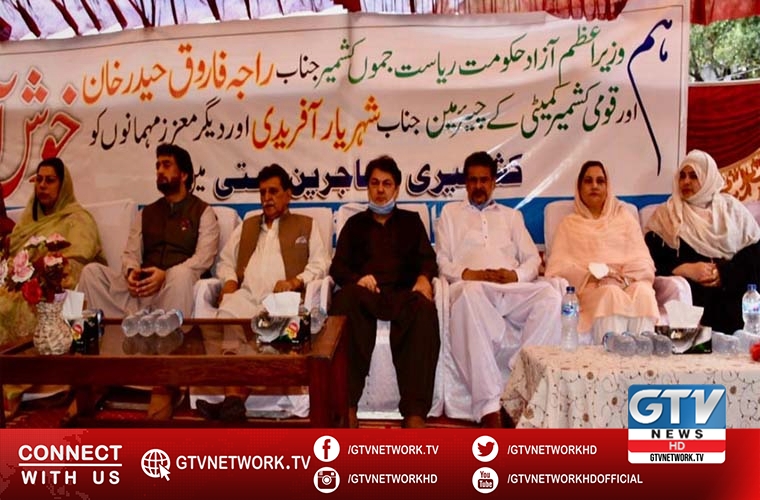 She was talking to Kashmiri people while celebrating Eid-ul-Azha with them in Muzaffarabad.

She reassured Pakistan’s continued support to Kashmiris till achievement of their right of self-determination.

Sobia Kamal said every Pakistani will stand firm with their Kashmiri brothers till the great goal of right to self-determination is achieved.

On the other hand, Kashmiris on both sides of the Line of Control and the world over will observe Wednesday, as Yaum-e-Istehsal.

Kashmiris continue to denounce illegal, immoral and unconstitutional step, which India took on this day in 2019.

He made this appeal in a message to the people of Indian Illegally Occupied Jammu and Kashmir.

Meanwhile, All Parties Hurriyat Conference reiterated its call for a strike on August 5 in a statement issued in Srinagar.

It said that the people of Kashmir would prove to the Indian authorities that they would not accept the forcible occupation of Kashmir.

They would prove it through observance of strike.

Twenty more people die of Coronavirus across Pakistan during 24 hours