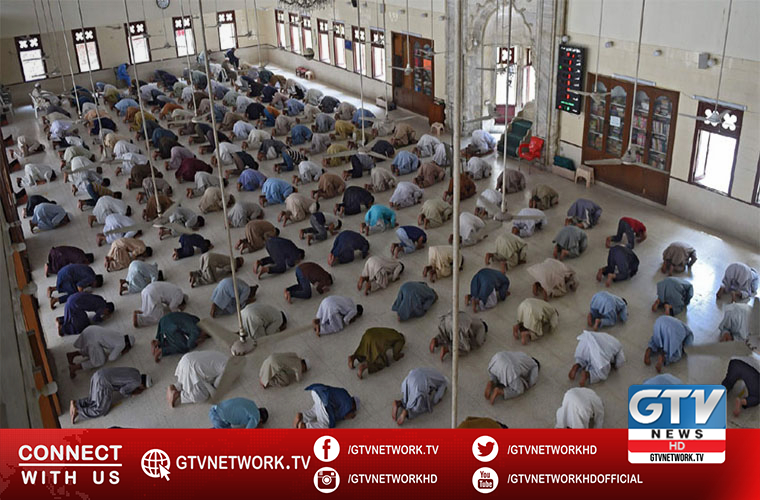 Eidul Azha being celebrated across the country with religious fervor today (Saturday).

Muslims celebrate this Eid to commemorate the great sacrifice of Hazrat Ibrahim and Hazrat Ismael (AS).

Eidul Azha being celebrated across the country

The day dawned with special prayers in mosques for well-being of the Ummah and progress, prosperity and security of the country.

Eid congregations are being held at mosques, Eidgahs and open places in all cities, towns and villages across the country.

Ulema in their Khutbah of Eid highlighted the significance of the philosophy of great sacrifice which Hazrat Ibrahim and Hazrat Ismael (AS) offered.

After Eid prayers, people are offering sacrifice of animals to follow Sunnah of Hazrat Ibrahim (AS).

He said Pakistan will give a befitting response to any Indian misadventure along the Line of Control.

He said this, while talking to media persons in Multan on Saturday.

Furthermore, he said Modi-led fascist government in India is preparing to begin construction work on Ram Mandar in Ayodhya.

Pakistan condemns this act, he said.

Pakistanis will observe Youm-i-Istehsal on Wednesday across the country to give a clear message to oppressed people in Indian Illegally occupied Jammu and Kashmir that they are not alone.