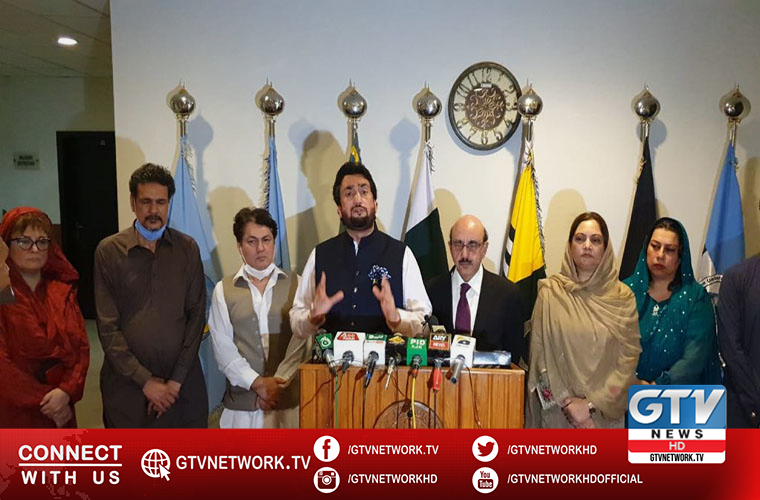 Parliamentary Committee on Kashmir visits Line of Control on the occasion of Eid ul Azha.

Chairman Parliamentary Committee on Kashmir Shehryar Khan Afridi made this announcement, while talking to PTV.

Parliamentary Committee on Kashmir to visit Line of Control

However, he posted a tweet that they have reached Muzaffarabad

Afridi said all members of the Parliamentary Committee on Kashmir would visit Line of Control on the occasion of Eid ul Azha to assure the people of Indian Illegally Occupied Jammu and Kashmir that the whole Pakistani nation stands with them at every occasion of happiness and grief.

He said all political parties of the country are united on Kashmir issue.

Furthermore, he said Pakistan would continue its moral, diplomatic and political support to Kashmiri people till achieving of their just right of self-determination.

He said it is responsibility of the United Nations to take notice of it.

On the other hand, in India, the Concerned Citizens Group led by former Indian minister and BJP leader, Yashwant Sinha, has issued a statement.

They have urged the Modi government to immediately release all Kashmiri political detainees arrested under draconian Public Safety Act.

They also called for restoration of 4G communication as well as lifting the curbs on all peaceful political activity in Indian Illegally Occupied Jammu and Kashmir.

Moreover, Concerned Citizens Group l also pointed out that the Kashmiris seem to believe that the Indian government wants to marginalise them.