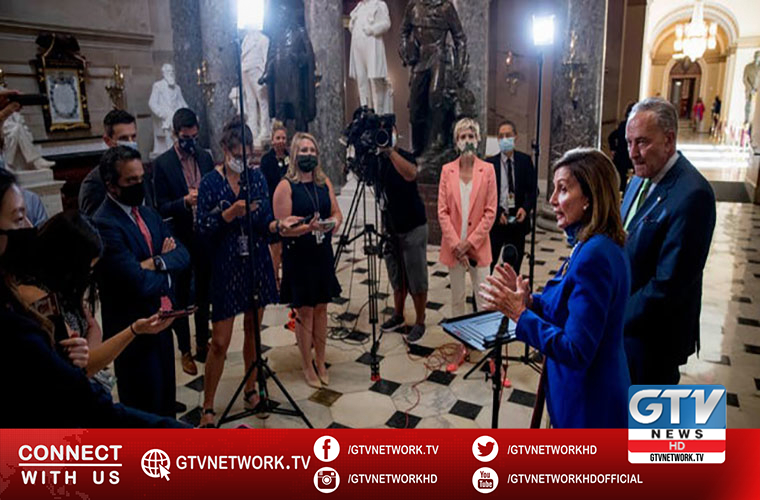 A $600 weekly unemployment benefit that has helped millions of Americans stay afloat amid the coronavirus pandemic will officially end at midnight.

It will expire because Congress adjourned for the weekend without coming to any deal on the program or a larger emergency stimulus package.

The discussions over another package turned testy Friday.

Democrats and Republicans each blamed the other for their inability to come to an agreement.

Both left out-of-work Americans in limbo as the vital benefits come to a halt.

In dueling press conferences, White House Chief of Staff Mark Meadows laid into Democrats for rejecting a short-term deal to continue the bolstered unemployment benefit for one week.

But House Speaker Nancy Pelosi railed against Republicans and the Trump administration for attempting to take a piecemeal approach to helping Americans as COVID-19 cases continue to surge nationally.

On the other hand, retirement of Lt. Col. Alexander Vindman, a key figure in the impeachment of President Donald Trump, becomes official on Saturday.

Vindman submitted his retirement request July 7, one day after Pentagon approved his promotion to colonel.

As per latest reports, his request was approved for retirement effective Aug. 1.

It referred to Vindman cited “bullying, intimidation and retaliation” from the White House for his decision to retire in a statement July 8.

United States is bracing for intense political wrangling in the days to come while Americans are eyeing Election 2020.

The world sees these developments cautiously.

Kashmiris will observe the Accession to Pakistan Day tomorrow