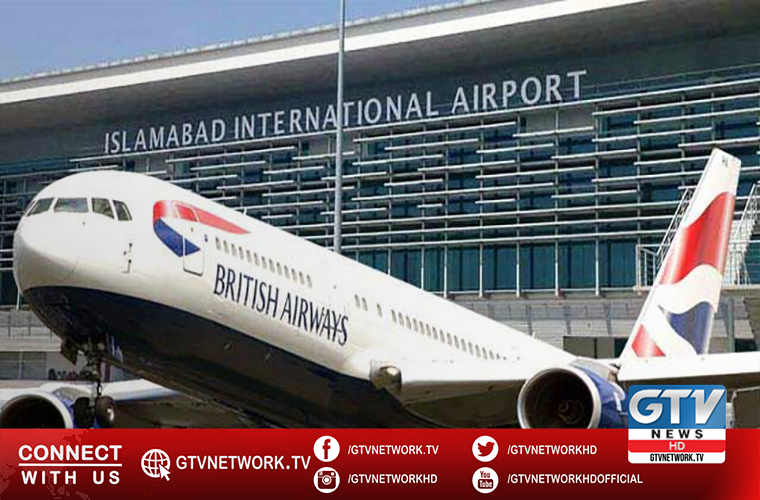 British Airways to resume flight operations to Pakistan from the UK.

In this regard, British Airways has made an announcement today.

The airline today said it would start direct flights three times a week to and from Heathrow Airport and Islamabad.

The first flight will land in Islamabad on 14 August, and will be taking extra precautionary measures for the safety of its crew and passengers.

Today’s announcement is another important step in reconnecting the trade ties and people-to-people ties between the UK and Pakistan.

He highlighted the resumption of British Airways direct flights as a big boost for the hundreds of thousands of travellers.

Turner cited they travel regularly between our two great nations, many who have had their travel plans disrupted by the pandemic.

He further thanked to the Government of Pakistan, British Airways and team in Pakistan.

He said they have worked hard to deliver this welcome news.

Notably, British Airways direct flights restarted in June 2019 after a break of 10 years.

The carrier first flew to Islamabad in 1976.

From London Heathrow the flights will fly on Sunday, Tuesday and Thursday, departing at 20:30 and arriving in Islamabad at 04:20.

Moreover, from Islamabad flights will be on Monday, Wednesday and Friday, departing at 06:15 and arriving in London at 15:00.

In January 2020, change in UK travel advice for Pakistan had already been a great news for economy of Pakistan.
The change reflected the improved security situation in Pakistan.
Prime Minister Imran Khan welcomed it. He had posted his comments on twitter account.