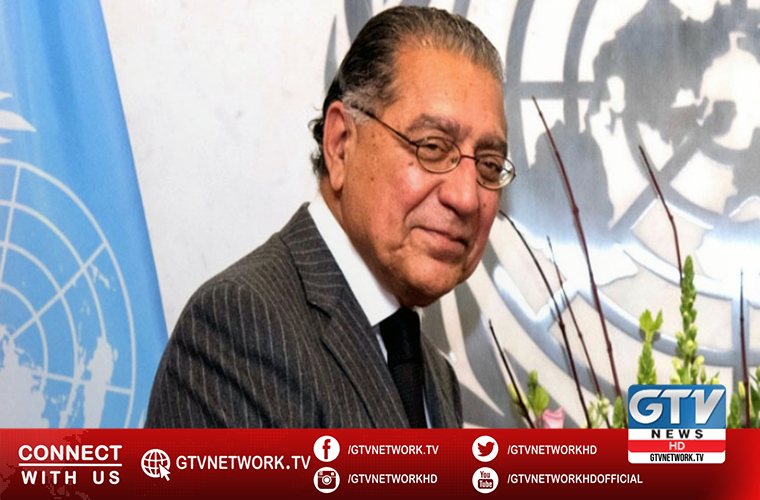 Pakistan’s Permanent Representative to the United Nations in New York, Munir Akram said this in an interview.

He said Pakistan would continue to serve and protect the interests of developing countries at the United Nations.

Moreover, he called the sixth time election as President of UN Economic and Social Council an honour for the country.

He said this election vindicates that respect and importance of Pakistan at international forum exists and increasing.

Munir Akram said Pakistan will ensure to protect interests of neighbouring countries and developing world besides enhancing its influence at world body.

In an interview, he urged them to play role to stop killings of Kashmiri people in Indian Occupied Jammu and Kashmir.

The AJK PM said that unresolved Kashmir dispute is a potential threat for peace in South Asia.

He said that the Kashmir issue has become in the sharp focus of the world attention due to unprecedented sacrifices offered by the Kashmiri people for freedom.

He said occupied Kashmir remains under complete military siege because 800,000 Indian troops remain engaged to crush the indigenous struggle of the Kashmiri people.