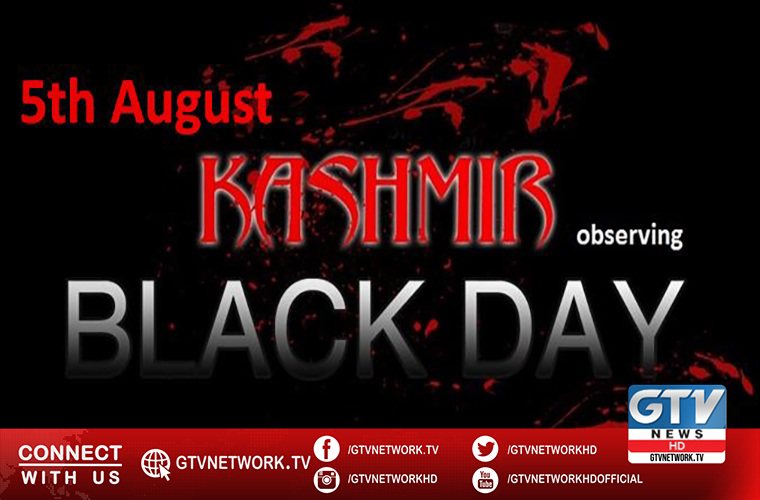 APHC calls for observance of black day and strike on August 05, 2020 to register protest against India.

The APHC spokesman in a statement in Srinagar said that India is trying all means of oppression to suppress the Kashmir liberation movement.

APHC calls for observance of black day and strike

Hence, All Parties Hurriyat Conference has reiterated its call for a black day on 5th August and a strike.

The spokesman said that the people of the territory would reaffirm their commitment to the liberation movement on August 05.

The Indian government on August 5, 2019 had repealed the Kashmir’s special status.

PM Modi-led Indian BJP government had divided into two union territories besides imposing lockdown and military siege in the territory.

On the other hand, Indian troops martyred two youth in Ranbirgarh area near Srinagar on Saturday.

In their fresh act of state terrorism, the Indian troops martyred the youth during a cordon and search operation in the area.

In a statement issued in Srinagar, he said that people of the territory especially the youth are rendering unprecedented sacrifices for the Kashmir cause which would not go waste.

He noted the morale of Kashmiri people particularly youth as very high.

Bilal Siddiqui sasid they would not surrender before the Indian forces.