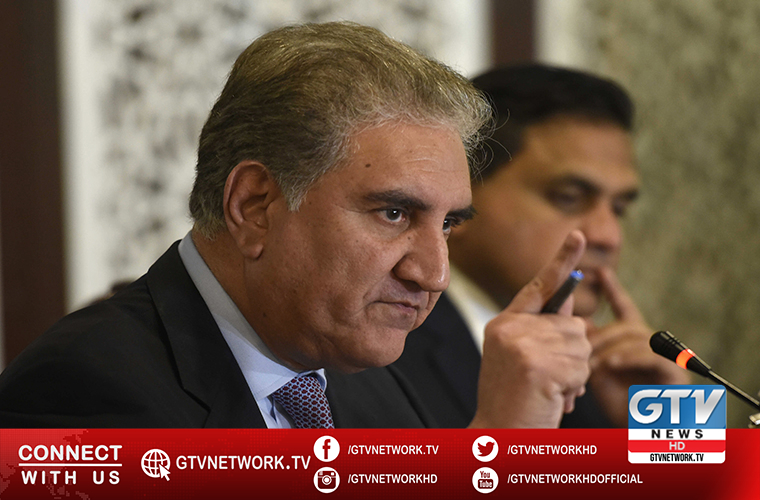 Foreign Minister Shah Mahmood Qureshi said this in a statement.

He said India has been targeting civilians along the LoC and committing violations of international laws.

He said the visit of the foreign media representatives to the Line of Control yesterday was very important.

The Minister said India always used double standards, but Pakistan took foreign media persons to the Line of Control to show them the reality.

He pointed out whether India will allow independent journalists to visit occupied Kashmir. He said India keeps movements of the UN observers limited so that they cannot see the facts on the Line of Control.

Shah Mahmood Qureshi said President of the UN General Assembly Tijjani Muhammad-Bande will be visiting Pakistan on Monday. The Minister said he will present before the UNGA President Pakistan’s stance and the entire situation.

The Minister said India’s relations with its neighbors, including China, Nepal and Bangladesh are getting tense day by day.

He said India is deteriorating its ties with other regional countries because of its Hindutva ideology. He said Iran has also dropped India from Chabahar project.