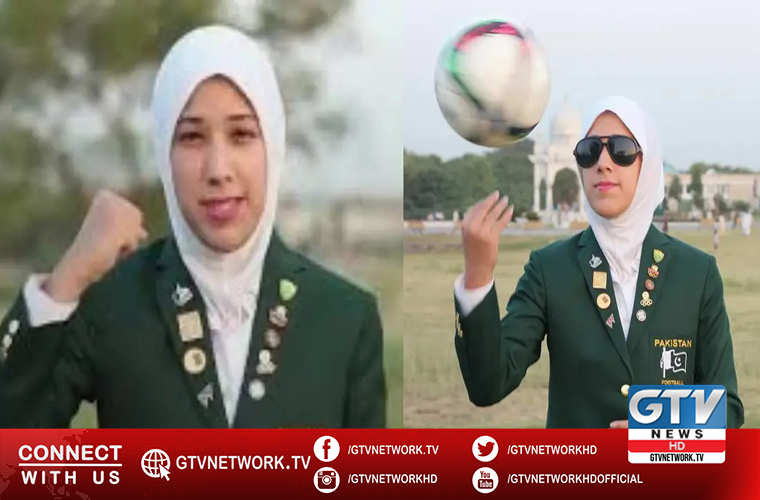 She said she is really feels happy and no doubt feeling pride for representing and winning for the country.

She expressed these views, while talking to a private news channel.

Abiha Haider stated that she took part in many national and international events.

She has achieved many international awards and also named in 30 most powerful sports women of Islamic world.

Abiha had been playing in national female soccer team as mid fielder since 2010.

Recently she won two Guinness World Records while representing Pakistan in the world’s longest football match in France. She played for 70 hours straight among 60 nationalities, she stated.

Abiha further added that out of 809 players around the world, she was among the 10, and only Pakistani was selected and sponsored by FIFA to participate in the longest match event.

She sacrificed her personal life for the love of sport, she did not have time for anything else except studies and football practice she added.

“I am not very fond of sleep and lazy-head, rather I practice soccer religiously and passionately, ”she mentioned.

If soccer and other neglected sports would be supported by the government and people of Pakistan, the ambitious players and sportsmen could bring more awards which would ultimately prove the best image of the country, she suggested.

“There is no lack of talent in our country all we need is support and acknowledgment from our own nation,” she opined.

Abiha is on her way to graduate with an LLB Honors degree from University of London,she told.