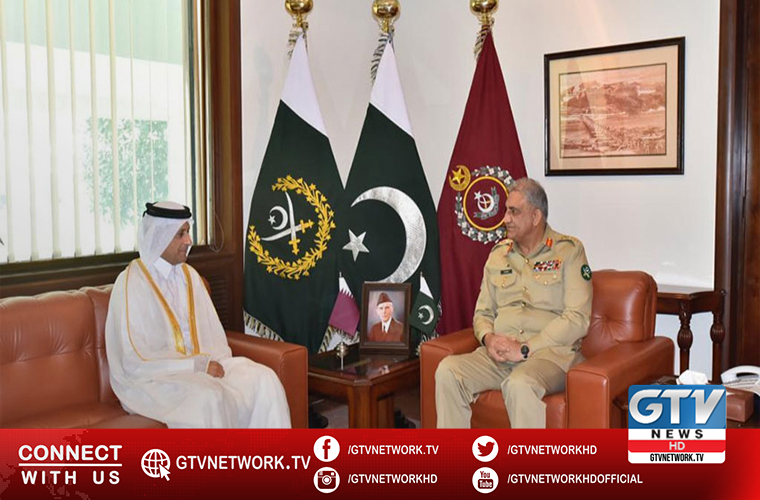 During the meeting, matters of mutual interest and cooperation in various fields came under discussion.

The Army Chief congratulated the dignitary on assuming the office.

He hoped that Pak-Qatar relations will further prosper under his able leadership for the common goal of improved peace and stability in the region and increased economic prosperity.

The visiting dignitary appreciated Pakistan’s continuous efforts for peace and stability in the region.

He pledged to keep working for better relations between the two countries.

He conveyed greetings of Sheikh Tamim bin Hamad Al Thani, Amir of the State of Qatar and wishes for the President’s health and well-being.

Qatari amir also wished for the prosperity, development, health and wellness of the brotherly people of Pakistan.

The Ambassador expressed gratitude and appreciation for accepting his credentials as Ambassador of the State of Qatar.

He said that the State of Qatar and Pakistan have distinguished historical relations.

Bilateral ties been strengthened over time, thanks to mutual keenness and desire to enhance these relations in all fields.