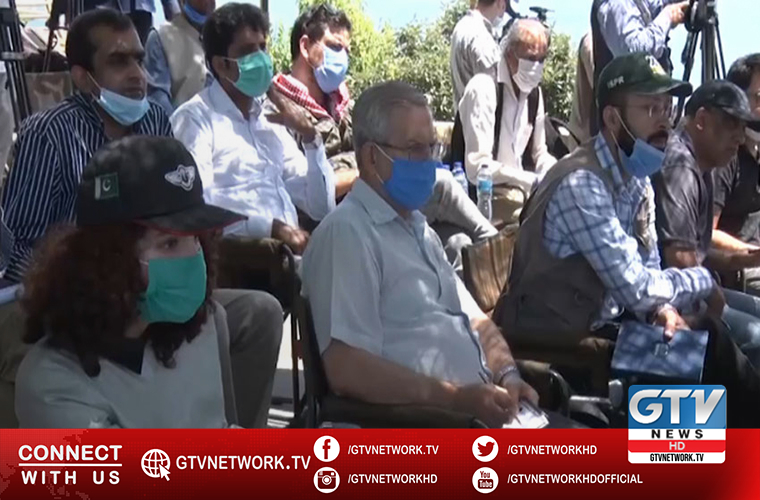 International media visit LoC to interact with victims of Indian violations of ceasefire.

Journalists witnessed the situation along Line of Control at Chirikot Sector.

They interacted with victims of Indian continued ceasefire violations.

International media was shown areas in Poonch sector towards Indian side. From the other side, Indian troops deliberately target civil population with heavy weapons, mortars in various sectors of LoC against all international conventions.

They were also shown the Indians surveillance grid and obstacle system along LoC having depth of anti-infiltration grid 3-4 km from LOC.

On the other hand, the incidents of suicide and fratricide among Indian troops in occupied Kashmir increased.

Specially such incidents among the personnel of paramilitary Central Reserve Police Force have shown an upward trend.

As many as 458 Indian troops and police personnel have committed suicides in occupied Kashmir since January 2007 till date.

All Parties Hurriyat Conference called for a complete strike on Friday.

They want to send once again a clear message to India and world at large that Kashmiri people reject New Delhi’s illegal occupation of their homeland.

APHC spokesman said this in a statement in Srinagar.

He said India is following policy of Israel to change territorial integrity and demographic composition of occupied Kashmir.