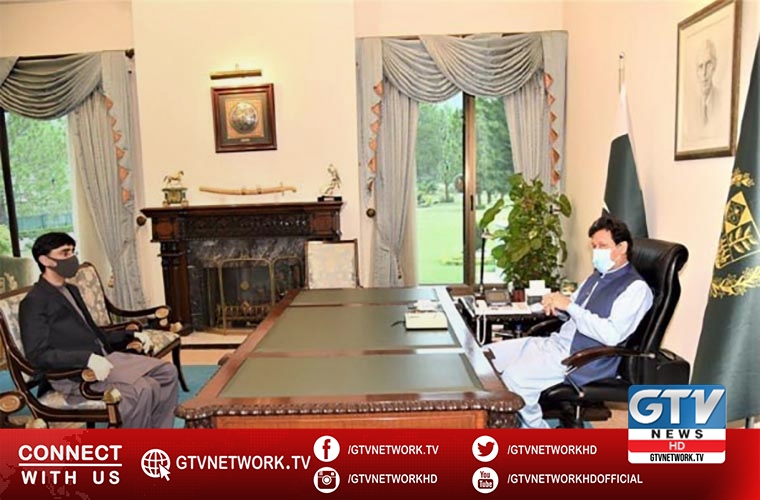 He called on Prime Minister Imran Khan on Friday.

wherein he said that so far over 225,000 stranded Pakistanis had been repatriated from 70 states.

He said that they were striving to fulfill the prime minister’s commitment of repatriating the Pakistanis stranded in different countries.

They stuck following the suspension of flights operation due to COVID-19 pandemic.

Meanwhile, Prime Minister expressed satisfaction over the arrangements and progress.

He said any Pakistani living in any part of the world was its responsibility and the government would strive to fulfill it.

On the other hand, Prime Minister launched monsoon plantation drive 2020 near Kahuta on Friday.

PM Imran Khan planted a sapling and also spoke at the launch ceremony.

Imran Khan said green Pakistan guaranteed a prosperous future for coming generations and urged upon the nation to join hands in achieving the target of 10 billion trees to fight climate change and environmental pollution.

Khan regretted that the forest cover in Pakistan had rapidly depleted over the years.