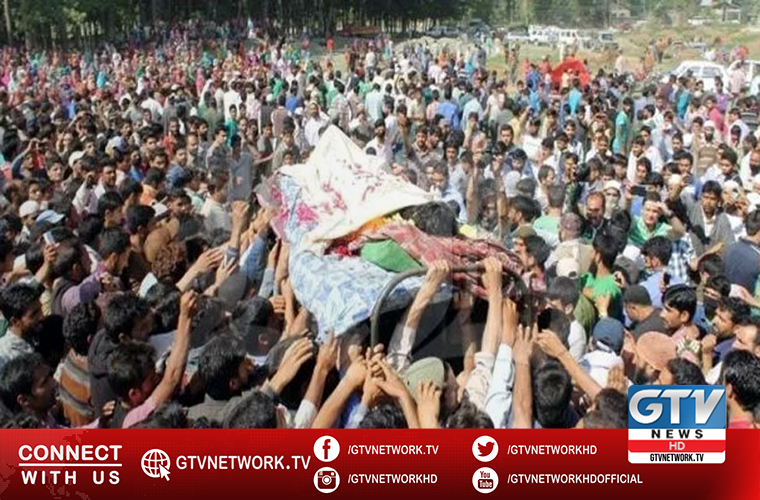 In their fresh act of state terrorism, Indian troops perpetrated this heinous crime.

Kashmiri youth embraced martyrdom at the hands of Indian troops during a cordon and search operation in Nagnad Chimmer area of the district.

Meanwhile, Indian troops during a military operation also martyred a youth in Keran area of Kupwara district in north Kashmir.

Earlier, Indian troops arrested over a dozen youth from different areas of the territory.

Furthermore, it called for putting an end to their harassment.

The UN’s Special Rapporteur on Promotion and Protection of Rights to Freedom of Opinion, David Kaye has sent a letter to Indian government.