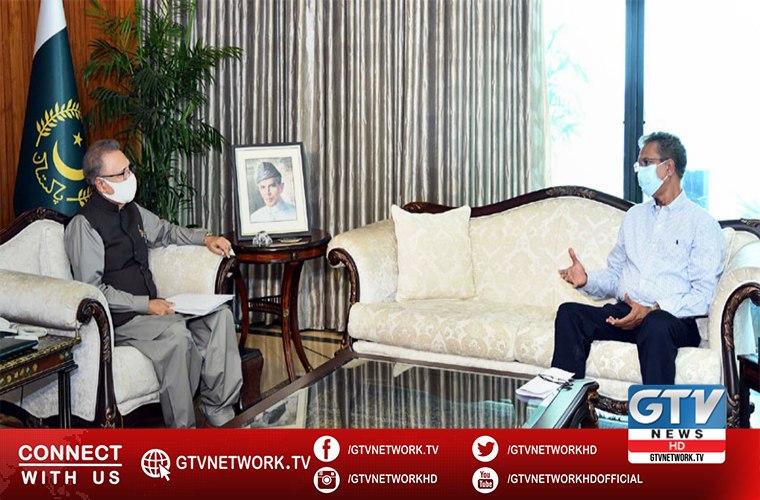 He met President Dr Arif Alvi and briefed him about the issues which the residents of the city re facing with.

Notably, he raised the issue of frequent electricity outages in Karachi.

The President assured the Mayor that he would ask the concerned quarters to take measures to improve electricity supply to the city.

Meanwhile, in a tweet, Dr Arif Alvi said he decides within 24 hours the appeals forwarded to him by the Federal Ombudsmen.

He said all these institutions resolve millions of grievances within 60 days.

The President said Pakistan attaches significant importance to its ties with Qatar and wants to transform the existing relations into a robust political and economic partnership.

He informed the ambassador that tremendous potential of cooperation exists between the two countries in various fields that needs to be capitalized upon for the mutual benefit of the two sides.

Dr Arif Avli also apprised the ambassador of the atrocities against Muslims in Indian Occupied Kashmir.

He urged Qatar to take full cognizance of Indian brutalities against Muslims because the situation in Kashmir poses a serious threat to regional peace and security.

He also urged the International community, including OIC and Islamic countries, to play its role to grant Kashmiris their right to self-determination, and to stop India from the continuing brutalization of the Kashmiri people.

The President also appreciated the role of Qatar in hosting the Afghan peace talks.

He expressed the hope that all parties to the agreement would abide by its provisions and turn the dream of peace in Afghanistan into reality.

He reaffirmed Pakistan’s support for promotion of peace and stability in Afghanistan.

The Ambassador said that his country wants to further expand bilateral ties with Pakistan and is willing to invest in Gawadar port. He also appreciated Pakistan’s continuous support in hosting Afghan refugees.

Pakistan supports right of Palestinians and Kashmiris to self determination