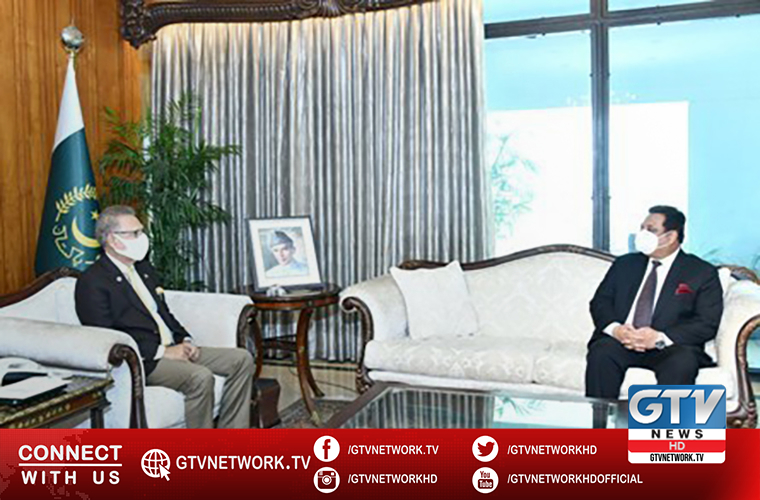 He was talking to Pakistan’s Ambassador-designate to Syria Air Marshal (Retd) Saeed Muhammad Khan who called on him at the Aiwan-i-Sadr.

According to a press release, President said Pakistan attached utmost importance to its ties with Syria.

He said Pakistan wants to further expand and promote bilateral relations in areas of mutual interest.

The President asked the ambassador-designate to work for promotion of trade and economic relations between the two brotherly countries.

He also directed him for his focus on highlighting the Kashmir issue and the atrocities being committed by India in the occupied Jammu and Kashmir, in the wake of imposition of lockdown since August last year, during his stay in the host country.

The President felicitated the ambassador-designate on his appointment as Pakistan’s Ambassador to Syria.

Moreover, he expressed the hope that he would make concerted efforts to further improve bilateral relations.

He also emphasized upon the need for increasing bilateral engagements at the senior level and asked the ambassador-designate to play his role in this regard.

The president advised him to take steps for the welfare of Pakistani community and also facilitate the Zaireen during their visit to Syria.