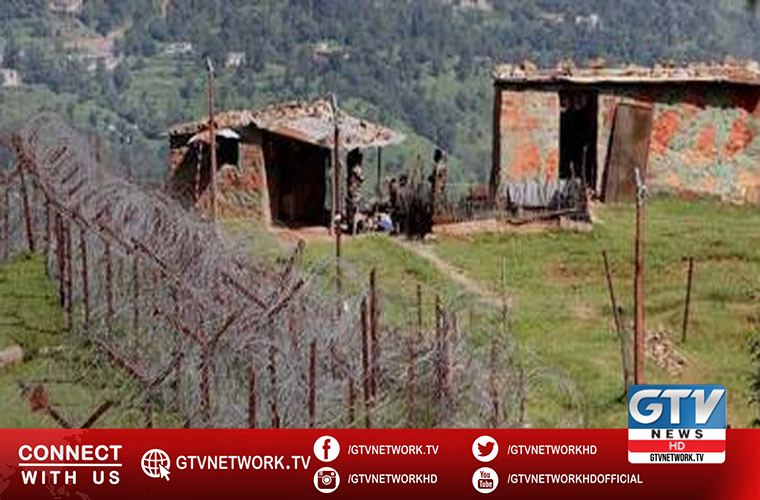 11 month old girl among 5 civilians injured due to Indian firing at LoC (Line of Control).

According to ISPR, five innocent civilians including an 11 years old girl and a woman got injured due to Indian unprovoked ceasefire violation in Khuiratta Sector along the LoC.

An elderly woman resident of Kirni village got injured.

1643 ceasefire violations have been committed so far by India during this year.

The killing toll in occupied territory rose to four in the past twenty-four hours.

The youth embraced martyrdom during Indian troops cordon and search operation in Srigufwara area of the district.

Meanwhile, Indian troops arrested over a dozen youth including Jamaat-e-Islami leaders and activists in Anantnag Islamabad, Bandipore, Srinagar, Budgam, Pulwama and several other areas of the territory.

Notably Kashmiris are observing the Kashmir Martyrs Day in IOJK and AJK today.

They observe the day on both sides of the Line of Control and world over.

In occupied Kashmir, the All Parties Hurriyat Conference has appealed to the Kashmiri people observe a complete strike in the territory.

They killed them one after the other, outside the Central Jail in Srinagar.

Besides, they perpetrated this crime during the court proceedings against one Abdul Qadeer who had asked the Kashmiri people to defy the Dogra rule.

Meanwhile, the APHC spokesman issued a statement in Srinagar.

It said that on 13th July 1931, when it was time for Namaz-e-Zuhr, a young man, started the call for prayer (Azaan) but Maharaja’s soldiers shot dead him.

Thus, 22 youth sacrificed their lives till the completion of Azaan.