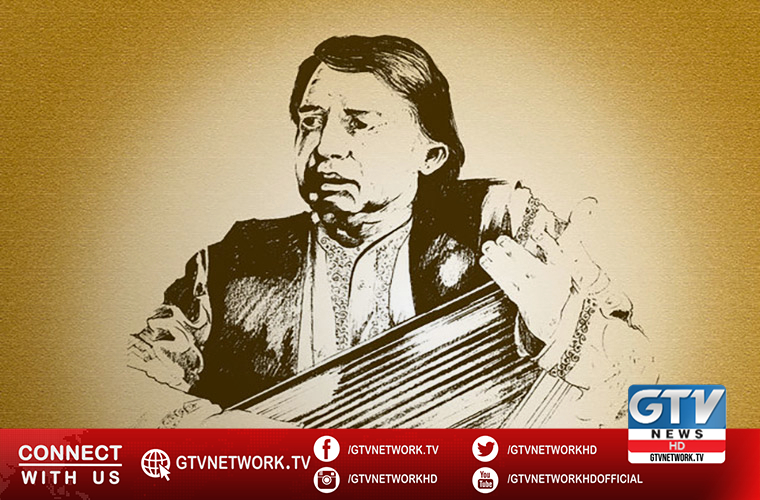 One of the great maestros in classical music Ustad Salamat Ali Khan had died on July 11, nineteen years ago.

He as born in 1934 in the Hoshiarpur district of Punjab.

He initiated into classical music together with his elder brother Nazakat Ali Khan.

They got training under the able guidance of their father Ustad Vilayat Ali Khan at the tender ages of five and seven respectively.

They were initially taught the basis of dhrupad but later concentrated on learning khayal due to its increasing popularity.

It was only after two years of training that they made their debut at the prestigious Harballabh Mela in 1941. They performed Raag Mian ki Todi and were highly appreciated, electronic channels reported.

Salamat was already a perfect artiste in his boyhood. At Partition, Ustad Salamat and his family migrated to Pakistan and settled at Multan.

After about a decade they moved once again, this time to Lahore, where they resumed their radio programmes.

In 1955 Nazakat-Salamat were invited to the All India Music Conference in Calcutta. They were the only artists of the subcontinent to be booked consecutively for 10 years at the Calcutta conferences. The 1965 war between India and Pakistan, however, put an abrupt end to that.

In 1974 after some differences, the brothers parted ways and Salamat became something of a solo act. He continued to shine, touring England, America, Holland, Scotland, Germany, Italy, Switzerland, Afghanistan, Nepal and Singapore.

In 1977, the government of Pakistan awarded him the Pride of Performance as well as the Sitara-e-Imtiaz.
The end finally came on the 11th July 2001, the world of classical music losing a musical genius whose life was wholly dedicated to the cause of classical music.