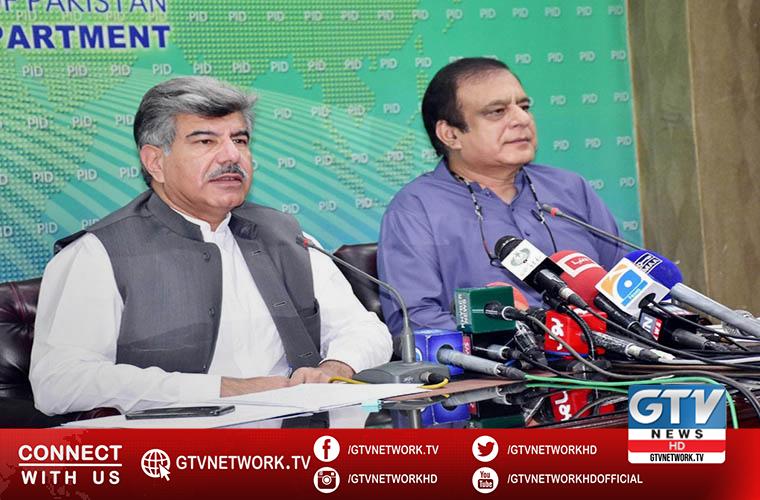 Minister says diatribe will not distract govt from accountability and reforms.

He said this, while addressing a news conference in Islamabad on Saturday evening.

Shibli Faraz said opposition’s diatribe in this regard will not distract the government from its top agenda.

He said corrupt practices during previous governments have deteriorated the performance of institutions.

He said under the reforms agenda of the government, Inspection Commission has completed 24 inspections during 18 months.

He said reports of these inspections have been sent to the Prime Minister and actions are being taken against the culprits involved in corruption and embezzlement.

Moreover, the Chairman Inspection Team said the government is paying the cost of corrupt practices that he employees of different institutions had committed.

However, he noted that previous governments remained silent over it.

Ahmad Yar Hiraj said recommendations regarding reforms in AGPR are also being sent to the Prime Minister.

He said FIA has also been directed to take action against the employees of AGPR who were involved in malpractices after evaluating the details of their assets.

He expressed hope that within few months, AGPR performance will improve and its system will become more transparent.

Meanwhile, Senator Shibli Faraz said that due to the prudent policies of the incumbent government, govt had handled the Coronavirus pandemic effectively.

He also cited flattening of curve in the cases.

To another question pertaining to the economy of the country, the Minister said that IMF has appreciated our initiatives.