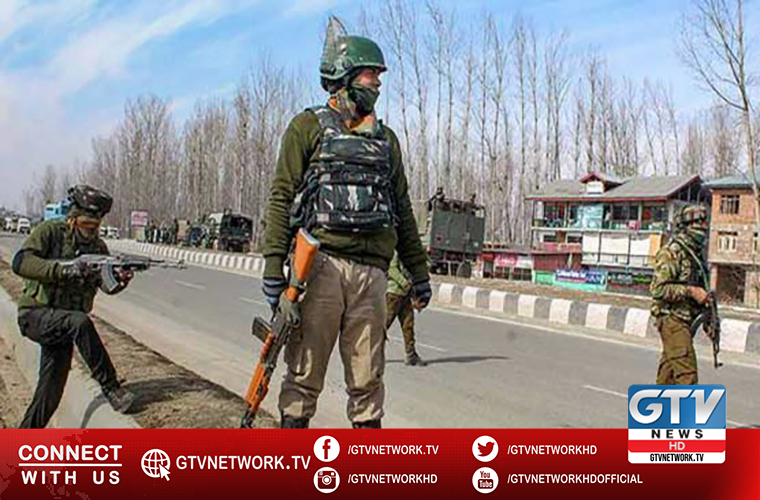 Indian troops martyred the youth during a military operation in Handwara area of the district.

Meanwhile, so-called cordon and search operations by the troops are also going on in Pulwama, Rajouri and Kishtwar districts of the occupied territory.

It says Indian troops continue massive cordon and search operations across the territory, subjecting the residents to torture and harassment.

The troops have also arrested several youth from different areas.

KMC report said that in order to suppress Kashmiris’ ongoing freedom struggle and to create a sense of fear among the masses, Indian troops and police personnel were not even sparing innocent children in the territory.

On Friday, International Commission of Jurists and the World Organization against Torture have issued a joint statement.

They called on India to stop unlawful use of force in the name of Covid19 emergency in the country.

The two international bodies highlighted a range of human rights violations, including severe restrictions on freedom of peaceful assembly and association, brutal repression of protest imposed in the name of the Covid-19 emergency.

The statement said the increasingly violent and brutal repression of dissent in India alarmed them.

Besides, they also lamented the arbitrary detention and harassment of activists and human rights defenders by the state in relation to their participation in peaceful protests against the Citizenship Amendment Act 2019, the National Population Register and the National Register of Citizens.

Moreover, they called on India to take urgent steps to ensure that its people enjoy the rights to express dissent and to participate in peaceful protests without fear of being arrested, brutally beaten, tortured or killed.

Large number of Kashmiris rendered homeless due to demolition of houses