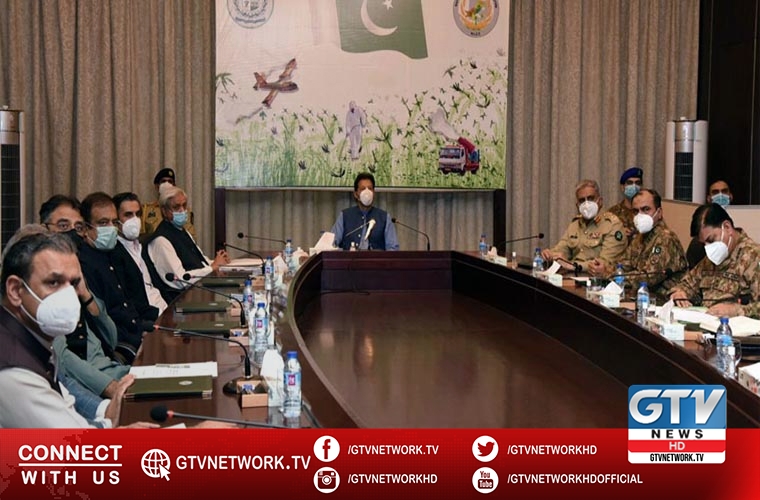 While speaking at the briefing, he said the government will undertake every possible effort for locust control since it involves food security of the country.

During the meting, they also decided that the affected farmers would also be compensated through this package.

Moreover, he also lauded Pakistan Army. He noted they all were effectively controlling locust attack and use of indigenously developed equipment.

The PM emphasized the need for a coordinated national response of federal and provincial governments and organisations.

He underlined it required to cope with the expected locust swarm so that crop production is not affected.

He said locust attack combined with COVID-19 was a huge challenge for Pakistan.

The Prime Minister was informed that National Action Plan for Locust Control Phase-I has been completed.

He said this, while talking to private news channel.

Furthermore, he said federal government would provide an amount of 14 billion rupees.

However, he suggested provincial governments should release 12 billion rupees for protection of crops from locusts.