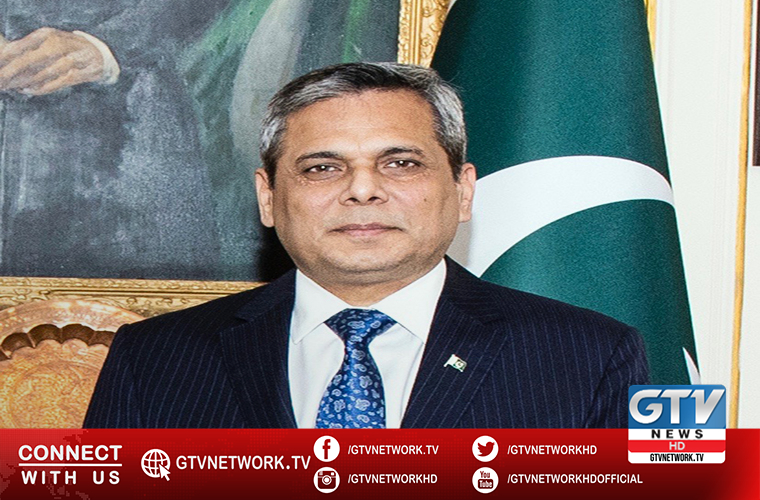 High Commissioner Nafees Zakaria said such seminars were a reminder that Kashmiri people yearn for their right to self-determination.

“It also violates the UNSC resolutions, which prohibit any material change in the disputed territory,” he stated.

Contours of the illegal legislation

He also apprised of the contours of the illegal legislation, J&K Reorganisation Order 2020, which would engineer rapid demographic change in the disputed territory.

Zakaria underlined that India had been systematically changing demography of IOJK over the years.

The methodology, he said prominently included genocide, mass killings and perpetual genocide as tools to change the demography.

The 1947 Genocide of Jammu, scores of massacres since 1989, discovery of thousands of mass graves in 2009 and forced expulsions were clear manifestations in that regard.

The high commissioner on the occasion reiterated Pakistan’s principled stance on the issue of Kashmir.

Pakistan’s moral, political and diplomatic support to the Kashmiris’ just cause remains unflinching, he added.

He briefed the participants on the efforts undertaken to apprise the world leaders and the UN Secretary General on the grave human rights situation in IOJK, decades long sufferings of Kashmiris, at the hands of Indian occupation forces.

He stressed that lack of concrete measures against the perpetrators has emboldened them to commit crimes against humanity with impunity.

Nafees Zakaria also called for implementation of UNSC resolutions for peace and prosperity in the region.

He urged the international community to press India to stop gross violations of human rights in IOJK and lift seige of IOJK.

In his opening remarks, Raja Najabat Hussain said July was the month when many sons of Kashmir lost their lives and hence Kashmir Martyrs’ Day is observed on July 13 every year.

Kashmiris world over pay tribute to the martyrs, and renew their commitment to keep raising voice in support of their right to self-determination as enshrined in the UNSC resolutions on Kashmir dispute, he added.

The speakers raised serious concerns over deteriorating human rights conditions in IOJK and expressed solidarity with the oppressed Kashmiris in their struggle for self-determination.

They particularly condemned the newly promulgated Domicile Law in IOK and warned about the consequences of any forced demographic change in the occupied territory.

Furthermore, they said it was illegal for the Indian government to grant Kashmiri domicile to any non-Kashmiri individual.

International community should play its role

The speakers observed that Kashmir was an international issue and, therefore, the international community should play its role to end human suffering in IOJK and resolve the dispute according to the UNSC resolutions.

They also expressed serious concerns over communication and media blackout in the occupied territory.

Meanwhile, the speakers including Kashmiri leaders said the images of the victims coming from Indian occupied Kashmir were horrifying and demanded to end the oppression immediately and unconditionally.

They also called upon the UK government that UK being one of the five permanent members of UNSC should play its due role to stop the human rights abuses and bloodshed of innocent Kashmiris.

Speakers also urged UK to force India to implement UNSC resolutions on Kashmir for peace and prosperity in the region.