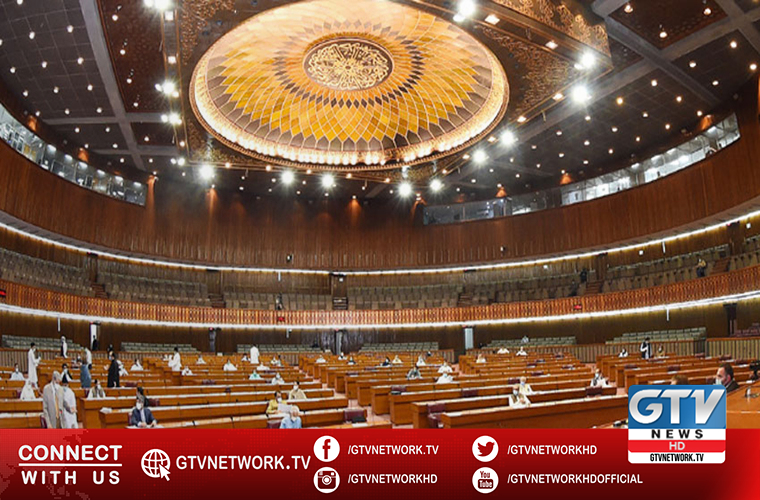 Rs1 million given to families of guards martyred in PSX terror attack.

Parliamentary Secretary for Interior Shaukat Ali Khan informed the National Assembly today (Thursday), in this regard.  He was responding to the calling attention notice of Nusrat Wahid.

Rs1 million given to families of guards

The Parliamentary Secretary said the government is also considering bringing a legislation to make it binding on the private security companies to provide assistance to their guards in case of their deaths in such incidents.

He said our security personnel valiantly foiled the terrorist attack on Karachi Stock Exchange in a matter of eight minutes.

He said our security forces had remained on alert due to intelligence reports.

Meanwhile, Minister of State for Parliamentary Affairs Ali Muhammad Khan laid before the house the annual report of Universal Service and Research and Development Fund of the federal government.

The annual report of National Economic Council for the Financial Year 2018-19 was also laid before the house.

K-electric failed to upgrade its system

He said the federal government has taken steps to improve the power supply in Karachi in order to address the problems of the people of the provincial capital.

We are providing additional one hundred megawatt of electricity to the K-electric more than the contract agreement signed with it, he said.

Govt had provided thirty thousand metric tons of furnace oil and 100 mmcfd gas to the company.

He said we will provide more gas to the K-electric which will help it generate two hundred megawatts of power.

However, the Minister regretted the K-electric did not upgrade its system over the years and it has constraints to take additional electricity from the national grid.

He said the federal government will help K electric to build its capacity.

Minister for Planning and Development Asad Umar lamented that the past governments did not pay attention to address the issue of load shedding in Karachi.

He said the present government will implement in record time the project to improve power transmission and distribution system in Karachi.

He said the the PPP leadership patronized him.

While referring to the JIT reports, he said Uzair Baloch was involved in the killing of innocent people and extortion.

Furthermore, he said Karachi is the economic hub of Pakistan; hence our responsibility to talk on its issues.

Now, the House will now meet tomorrow at 11 am.