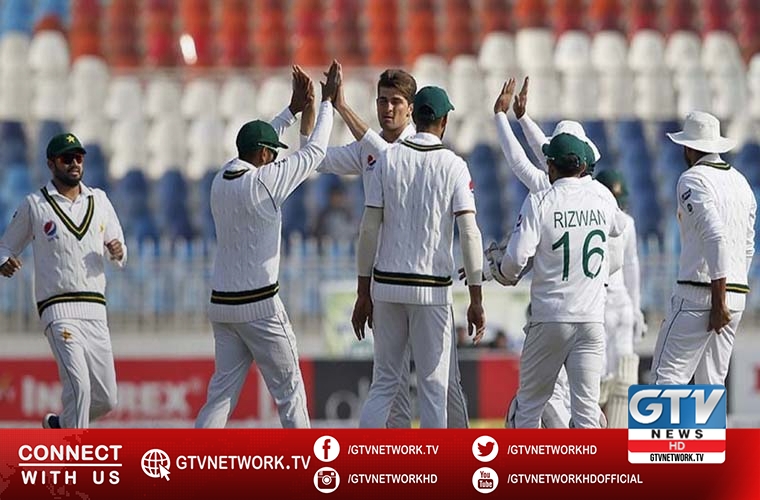 The team returned to training on June 30 after a gap of more than three months.

Captain Azhar Ali believes the scenario-based match will prove to be beneficial for the players to ready themselves for the all-important three ICC World Test Championship fixtures against England, which commence from August 5 at Old Trafford.

“We are playing cricket after a long time and it is not going to be easy to start at full-strength,” Azhar told pcb.com.pk on Wednesday. “We have to go step-by-step and I am very happy that the boys utilised their practice time of four days well.”

In what will be their third Test series in England in the last five years, Pakistan will take on the hosts in a three-match series. The first match will be played at Old Trafford, Manchester, followed by the last two Tests at Ageas Bowl, Southampton, which start on August 13 and 21.

The Pakistan captain is optimistic that his players will be ready for the challenge when the series arrives.

“Both batsmen and bowlers have adapted to the conditions. The wind was troubling the bowlers initially but they overcame it, which was heartening. Definitely, the players are going to need some time to adjust. Despite the break, they are in good shape which is a positive sign for us.

“Mohammad Abbas is our experienced bowler and his presence is of advantage for us as he also keeps guiding the youngsters.

He is someone who can be a very important member of the attack for us. Naseem Shah bowled very well in the scenario-based match. He will attain more control as he continues to bowl.”

To prevent the proliferation of Covid-19, the International Cricket Council has introduced changes in its playing conditions which do not permit the bowlers from shining the ball with saliva and handing their sweater, cap or hat to the umpires while bowling.

Azhar said that adjusting to the new regulations was a little difficult, but the practice games will help in the adaptation.

“There are some areas where we have to adapt,” he said. “In this weather, it was only the fast bowlers who sweated so it was a challenge for us to shine the ball. But, that’s something which will change as the weather continues to get warm.

“The most challenging thing, however, was that the bowlers had to put their sweaters and caps outside the boundary rope because of which managing the over rate was getting a bit difficult.

Especially, in Yasir Shah’s case he fields in the circle but had to go all the way to the boundary to put his things. But, I am comfortable that we will adapt to these changes as we still have a two-day and two four-day matches to play and they will help us.”

Pakistan are currently under a 14-day quarantine period, following which they will travel to Derbyshire on July13.