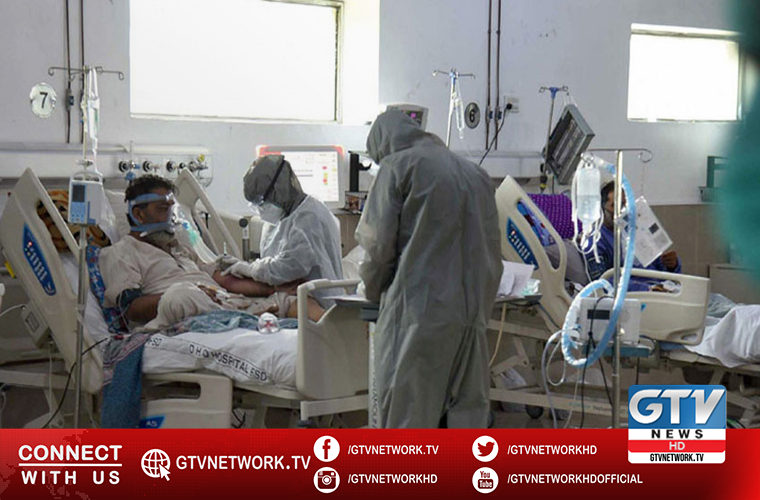 Coronavirus death toll rises to over 4760 in Pakistan.

According to official update, fifty more deaths reported over the last twenty-four hours.

Now the death toll from the virus has reached 4762.

Moreover, 131, 649 coronavirus patients have so far recovered from the disease across the country.

It took the tally two hundred, thirty one thousand, eight hundred and eighteen.

On the other hand, Minister for Science and Technology Fawad Chaudhary said the first batch of domestically produced Ventilators Safevent handed over to National Disaster Management Authority (NDMA).

In a tweet on Monday, he called it a landmark achievement.

During his telephonic conversation with Prime Minister Imran Khan, he recognized the positive trend in COVID-19 curtailment in Pakistan.

In a tweet on Monday, Asad Umar said the Prime Minister asked the WHO to develop travel guidelines.

He asked WHO for all countries guidelines to ensure that low income countries are not discriminated against in global travel.

Meanwhile, the number of coronavirus cases across the world has surpassed over 11.5 million while the pandemic has so far claimed more than 536,000 lives.

Over six point five million patients have so far recovered from the disease across the world.