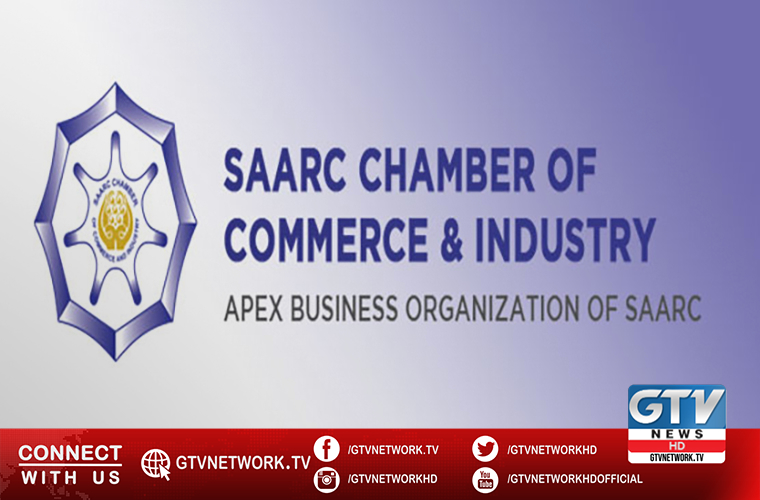 Iftikhar Malik and Senator Haji Ghulam Ali congratulated over SAARC CCI offices after both veteran trade leaders took over as the new President and Vice President of the SAARC Chamber of Commerce and Industry (SAARC CCI) for the two years term.

Moreover, Chairman BMP (Federal) Riaz Khattak said both persons  extensive exposure in the Asia Pacific region. He said it very much likely under there tenure Pakistan may be taken strong footage in the SAARC region in the account of regional trade.

He said they would help in bringing the much-needed reconciliation, policy advocacy and lobbying through deeper understanding among members.

Jawad said the new world order after COVID-19 has opened up new opportunities for business communities in the world and especially towards the integration of South Asian economies.

As of today COVID-19 and climate change are two common issues which all South Asian countries face with.

He also hoped the new leadership of SAARC CCI to start up a fruitful dialogue among South Asian chambers with a view to take a joint action to help South Asian industries make use of opportunities arising out of both COVID-19 and climate change.

He said we have set 20 percent increase in business of SAARC countries, improvement in investment, promotion of bilateral trade and exchange of business delegations as target.

The senator vowed to achieved these targets during his stint in office.

He spelled out his priorities while talking with newsmen after the meeting of 80th Executive Committee of SAARC CCI.

Haji Ghulam said SAARC countries represent 25 percent of South Asian countries whose population is about 1.94 billion, They contain countless opportunities of business investment due to its vast human resource.

He further said SAARC counties have plenty of natural resources which need to be tapped and utilized.

“The corona virus pandemic, like other countries, has also affected the economy of SAARC countries and in the prevailing scenario it is imperative to launch a joint plan of action for revival of economy of the region and for overcoming the impacts of the deadly infection, ” he stressed.

Ghulam Ali said presently the intra-regional trade is on five percent in comparison of whole trade of SARRC region and impediment in promotion of commerce is due to lack of strong business policies, weak infrastructure and insufficient logistic management system.

Promotion of 20 percent trade among SAARC countries should be our resolve and for achievement of this they would make all endeavours, he vowed.

Meanwhile, Haji Ghulam Ali said it need of hour to chalk out an effective joint policy of action for promotion of regional trade, banking, development of road and sea links, insurance and clearance.

He also suggested for increasing figure of SAARC visa sticker to 1000 for making SARCC networking with other chambers and organizations at international level.

Furthermore, he made a proposal for promotion of business and friendly relations between SARCC countries through holding of competition in pharma, leather and textile sector besides holding of games.

President to represent Pakistan at the NAM virtual Summit