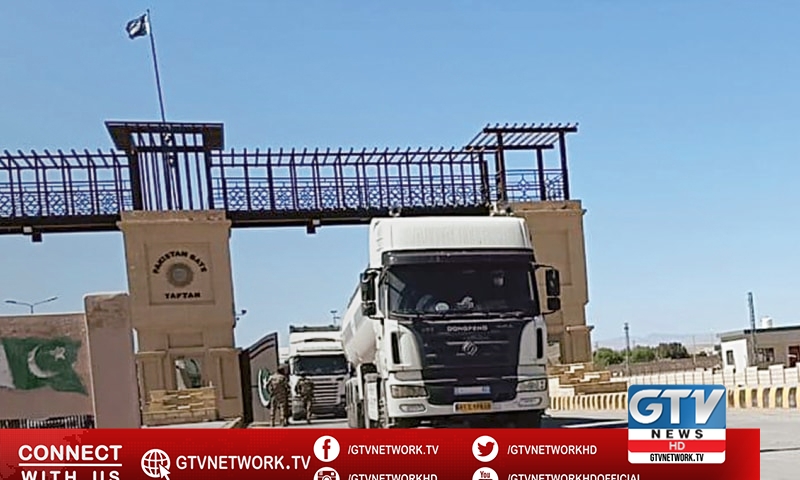 Pakistan to reopen four border points with Iran from Sunday.

In this regard, Ministry of Interior issued a notification.

As per govt policy, they would reopen four border points with Iran from Sunday (5th July, 2020).

Officials said they would do so in the light of decision which  the National Command and Operation Center made during its meeting.

The borders will remain open seven days a week from morning to evening only for trade as per mutually agreed understanding between both countries.

According to the notification, they would allow unlimited number of trucks.

However, they would do so ensuring all Covid-19 related Standard Operating Procedures and protocols.

Earlier, Pakistan thanked Iran and other countries for support and solidarity against terrorism in the wake of terror attack at PSX building in Karachi.

In this regard, Spokesperson for the Foreign Office Aisha Farooqui Tuesday took to her twitter account to extend gratitude.

She said: We thank the Govt and our brothers and sisters in Iran for their support and solidarity on #terroristattack at #PakistanStockExchange yesterday.

Iran had expressed solidarity with the government and people of Pakistan against the terrorist attack at PSX in Karachi.