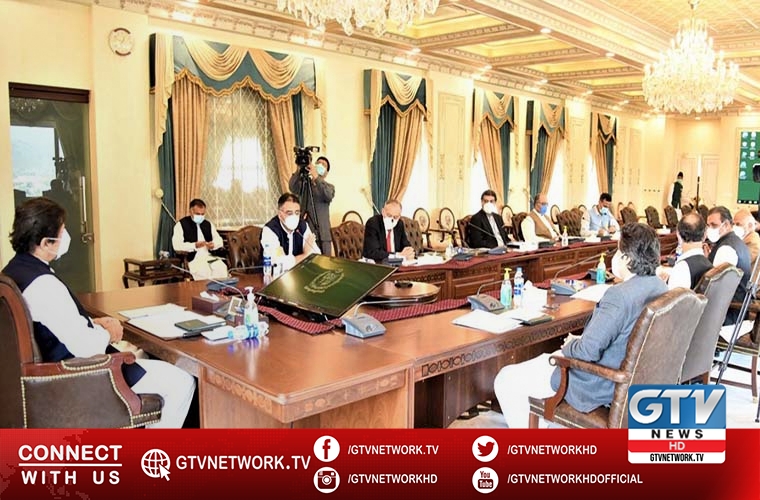 Pakistan believes in peaceful co existence with its neighbours, but it has the will and capacity to defend its people and territorial integrity.

A high-level meeting expressed this resolve during a meeting held in Islamabad on Friday.

The meeting also resolved that sovereignty of Pakistan will be protected at all costs.

Meanwhile, it expressed serious concern over the continued human rights violation by Indian forces in Indian Occupied Kashmir and urged the international community to take notice.

The forum also paid glowing tributes to the bravery and coordinated efforts of Law Enforcement Agencies for successfully thwarting the recent attack on Pakistan Stock Exchange.

He told him India is jeopardizing peace and order in the entire region by pursuing its aggressive designs.

He said India intends to alter the demographic ratio in Occupied Kashmir by changing the domicile laws in clear violation of UN and international laws.

Foreign Minister said India is continuously targeting innocent civilians by violating ceasefire along the Line of Control and to hide its internal failures.

He said India, is pursuing the path of repression instead of resolving regional issues through dialogue and its unilateral actions on August 5, 2019, reflects its Hindutva mindset.

The Chinese Foreign Minister commended Pakistan’s efforts for peace in the region and thanked for extending cooperation to China in every testing time.

Both the Foreign Ministers agreed to promote bilateral cooperation in achieving common objectives regarding important regional and international issues at international fora.