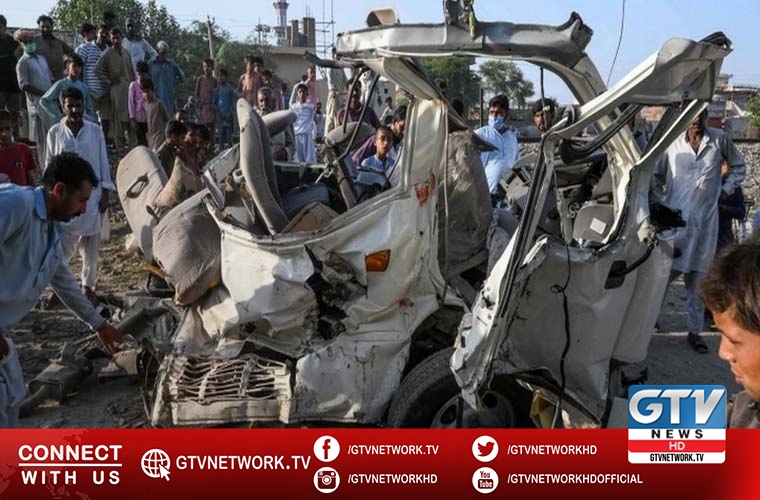 The mishap occurred around 1.30pm at a railway crossing near Sheikhupura when the Shah Hussain Express train rammed into the coaster carrying nearly 25 passengers.

The coaster was carrying Sikh pilgrims.

The passengers were returning from Nankana Sahib in Punjab to their hometown in Peshawar in Khyber Pakhtunkhwa province.

Other members of the group were travelling in other vehicles and they remain safe.

These Sikh community people continue were travelling to Peshawar.

Initial reports suggested that the driver attempted a shortcut which resulted in the crash.

He directed authorities to provide the best medical treatment to the injured.

Moreover, President Dr Arif Alvi also conveyed his deep sorrow over the loss of lives in the train accident.

Minister for Railways Sheikh Rashid has directed immediate action against those responsible for the accident.

Pakistan has a history of fatal and frequent railway accidents. Reports say that Pakistan has witnessed 384 train accidents since 2014.

Sikhs have several shrines of their religious leaders in Pakistan. One, of Sikh founder Guru Nanak, located in Pakistan’s Kartarpur bordering India in Punjab.

Meanwhile, Minister for Interior Ijaz Ahmad Shah on Friday said the government would ensure all possible assistance to Sikh brothers in this hard time.

In a statement, the minister said “We stand in solidarity with our Sikh brothers in this hard time and as directed by Prime Minister Imran Khan, we will ensure that every kind of assistance is given to the ones who are affected.”