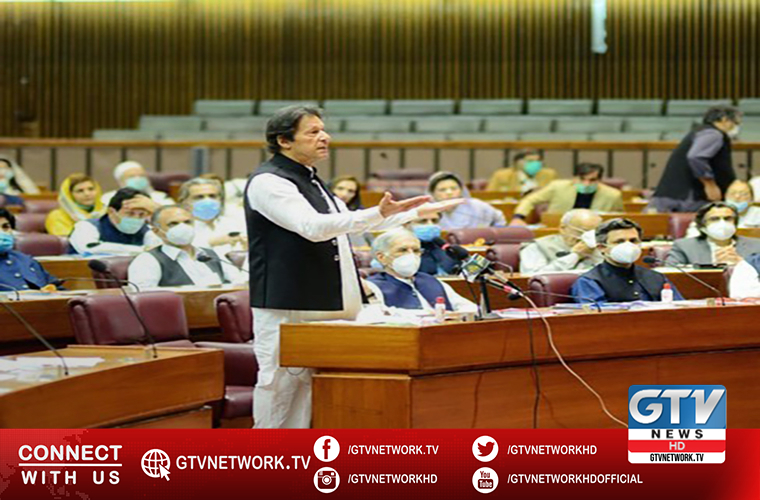 He said this, while speaking in the National Assembly soon after the passage of annual budget.

The PM said that India was undoubtedly involved in terrorist activities inside Pakistan, including the attack on the Pakistan Stock Exchange.

Furthermore, Imran Khan said India was trying to destabilize the country and create an atmosphere of uncertainty.

Especially he mentioned the valour and huge sacrifices of police personnel and security guards who thwarted the terrorist attack on the Pakistan Stock Exchange on Monday.

He saluted the sacrifices of the ‘heroes of Pakistan’, including Sub-Inspector Shahid Shaheed, and stock exchange guards Ifitkhar, Khudayar and Hassan Ali.

The latter’s sister suffered from cardiac arrest and could not survive on hearing the news of the incident.

Meanwhile, the PM further said the terrorists, armed with weapons, had arrived with nefarious designs to take people at the PSX as hostage, but the police and security personnel frustrated their plan.

He cited four major terrorist acts thwarted and preempted. They included two such attempts around the Federal Capital Islamabad.

The PM hailed it a huge success and appreciated the performance and vigilance of the intelligence agencies.

Pakistan thanks Iran and other countries for support and solidarity