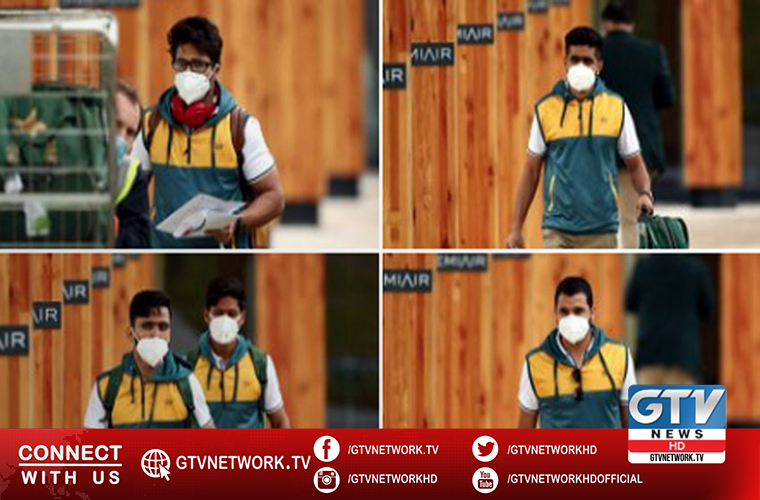 Pakistan Cricket Team arrives in England for a Test and T20 series.

The team Pakistan will play three Tests and three T-20s against the English team.

However, Pakistan squad will remain in Quarantine for fourteen days in England.

The team Pakistan comprises of Azhar Ali as captain and Babar Azam as vice-captain).

Zafar Gohar, the left-arm spinner who played an ODI in 2015, will join the side from England.

But he will only involve in pre-match preparations.

Earlier, PCB decided no action against all rounder Hafeez after his negative test report.

Hafeez had tested positive for the novel coronavirus (Covid-19) during phase one of the medical tests conducted for the tour of England.

Later, he had tested negative after opting for a second opinion, privately.

Therefore, the Pakistan Cricket Board (PCB) has decided not to take any disciplinary action against him.