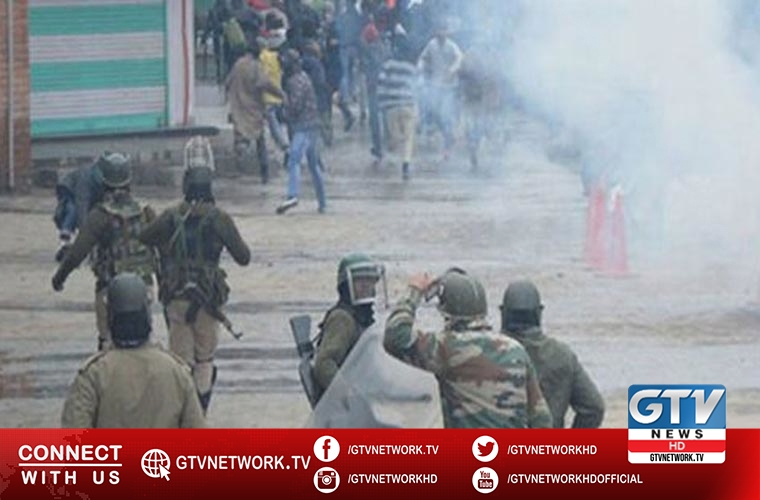 The troops conducted a cordon and search operation in Tral area of the district.

In their fresh act of state terrorism martyred three more Kashmiri youth there.

The troops had also killed two youth during a similar operation in Hardshiva area of Sopore town, yesterday.

Meanwhile, Kashmir Media Service said in a report that India is using physical, mental and psychological torture at a large scale as a tool to prolong its illegal hold on Jammu and Kashmir.

The report revealed that Indian troops during their unabated acts of state terrorism have martyred more than 95,000 Kashmiris in custody and fake encounters during the last 31 years.

The report said Indian Army has established scores of torture centres in occupied Kashmir where innocent Kashmiris are subjected to various kinds of brutal methods to extract information and confessional statements from them.

According to the policy paper of Joe Biden’s agenda for Muslim American community, posted on his campaign website, he said restrictions on dissent, such as preventing peaceful protests or shutting or slowing down the Internet, weakens the democracy.

Joe Biden also expressed disappointment over the measures taken by the Indian government for the implementation of the National Register of Citizens in Assam and the Citizenship Amendment Act.

On the other hand, the All Parties Hurriyat Conference has reiterated that no one in the world can deny the disputed status of Jammu and Kashmir.

In a statement today, APHC spokesman said that the UN resolutions on Kashmir, the commitments made by the Indian leaders to give the Kashmiris their right to self-determination and talks held on the issue are testimonies to the disputed nature of the territory.

He appealed to the UN, the OIC and international human rights organizations to take notice of the Indian brutalities in the occupied territory.