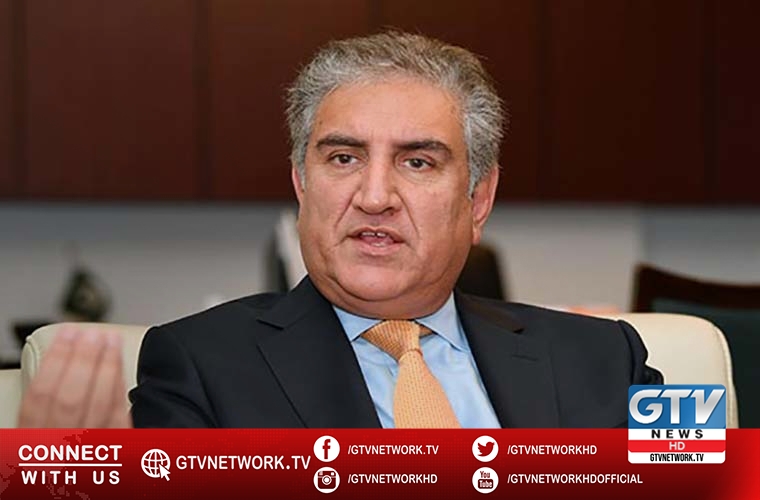 The Foreign Minister said Indian Prime Minister Narendra Modi has initiated provocative activities against Pakistan to hide his own failures.

He cited Modi’s decision to slash 50 percent staff of Pakistan High Commission as an ample example to divert attention of his public from the deteriorating condition of Indian economy.

The FM said 50 percent staff reduction of Pakistan High Commission and other unlawful acts by Indian government are against the Vienna Convention.

He said Pakistan would adopt a tit for tat policy against this illegal move.

On the other hand, Pakistan has sought designation of three Indians under UN 1267 Sanctions List.

In response to media queries, the Foreign Spokesperson updated Pakistan’s view point on the issue.

Pakistan had proposed the designation of four Indian nationals in 2019 under the United Nations 1267 Sanctions List.

These individuals  including TTP, Jamaat-ul-Ahrar and others.

However, she said Pakistan hopes that the listing requests of other three Indian nationals will be given due consideration by the UNSC 1267 Sanctions Committee in an objective and transparent manner.

The FO statement said that taking advantage of the prolonged conflict in our neighbourhood, India has fomented terrorism inside Pakistan by providing training, financial and material support to terrorist groups to kill innocent people in Pakistan.

These Indian nationals are now residing in India with impunity which vindicates Pakistan’s position that India is a state-sponsor of terrorism.

On the other hand, India Today claimed to have accessed details of the note which shows that United Nations Security Council rejected Pakistan’s plan to designate Indian national Venumadhav Dongara.

Indian newspaper’s website identified him an engineer with an Indian construction company in Afghanistan.

It said Pakistan sought designation while banking on support at the UNSC from Pakistan’s all-weather friend, China.

India Today claimed the note from the Secretariat had it: “The Secretariat wishes to inform the members of the Committee that the United States has objected to the proposal (S/AC.37/2019/COMM.103/Add.4, attached).”

Minister Fawad slams the Opposition parties confusion on all issues