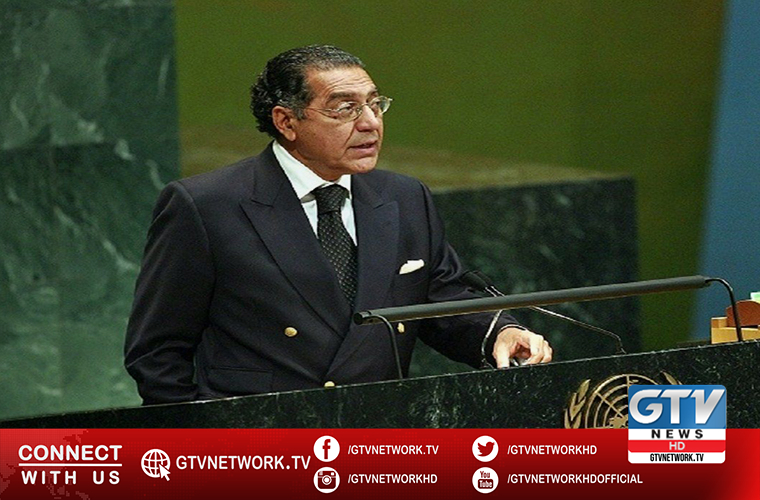 He said India poses the gravest threat to peace and stability in the region.

International community should not

While talking to APP at the United Nations in New York, he expressed these views.

Meanwhile, he downplayed India’s election to the UN Security Council (UNSC) as a non-permanent member.

He said it would will not in any way affect the status of Kashmir dispute.

He said Kashmir dispute remains firmly on the agenda of 15-member body. He reiterated its settlement on the basis of its resolutions.

He said that the UNSC remains seized of the matter and that a just settlement of Kashmir dispute is the only pathway to peace in South Asia.

On Wednesday, the top military brass met at GHQ in Rawalpindi for briefing on national and regional security situation.

The forum resolved to continue thwarting Indian designs and expose Indian targeting of innocent civilians in Kashmir and open support to terrorist outfits.

Sindh govt decides to strengthen security of PSX and other installations