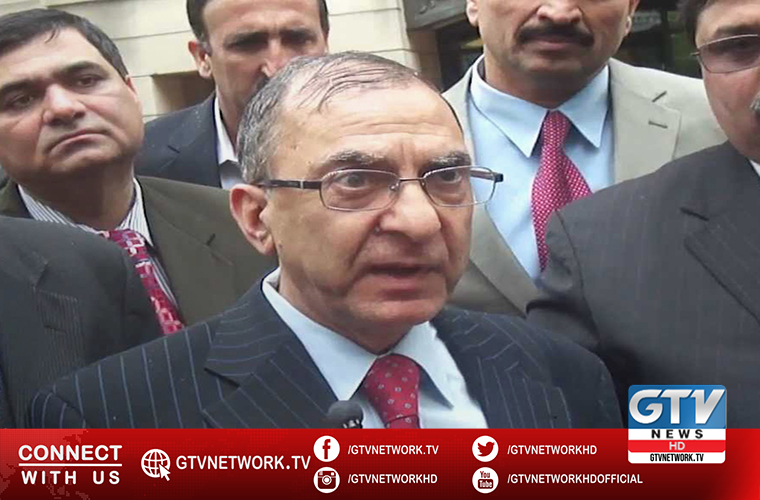 He congratulated Turkey’s top diplomat Volkan Bozkir on his election as president of the UN General Assembly’s 75th session.

He appealed that he mediate between India and Pakistan to resolve the Kashmir dispute on the basis of the world body’s resolutions.

Fai said Kashmiris trust that new  President of General Assembly will bring his immense influence to bear on initiating a peace process.

Kashmiri leader hope it would lead to a speedy, just, and honourable settlement of the dispute and restore their inalienable rights to the people of Jammu & Kashmir.

Fai said if the people of Indian occupied Kashmir had the freedom to express their sentiments, UNGA new president would no doubt have heard their loud rejoicing at the fact that a distinguished representative of brother country, Turkey, is presiding this year over the parliament of nations.

Meanwhile, he also highlighted the main elements of the UN resolutions.

Kashmir larger and more populous than many UN member states.

Moreover, he said that the people of Kashmir were baffled over the UN Security Council;s inaction.

They noted UNSC had strictly enforced its resolutions of in other situations.

But they lamented UNSC has not done so in the case of Kashmir despite larger and more populous than scores of UN member states.

They burned and bulldozed numerous houses.

Fai cited all the inhabitants of the capital city of Srinagar and adjacent villages and towns have come out to the streets to protest against the continuation of Indian occupation.

More recently against the enactment of ‘Domicile Certificate (Procedure) Rules 2020 that aimed to change the demography of the state.

This came when the world’s attention is focused on the worst public health and economic crises of our times because of COVID-19.

Not a secessionist movement

“We must mention here that, by no stretch of the imagination, can the situation in Kashmir be treated as India’s internal matter, as India alleges.”

Hence, he said the United Nations bears the responsibility of preventing the massive violations of human rights which the Indian occupation regime is committing.

Fai made clear the movement in Kashmir not secessionist movement.

He said Kashmir cannot secede from a country it never acceded to in the first place.

The Kashmiri leader noted Kashmir dispute not a territorial dispute between India and Pakistan.

Because it doesn’t involves an undemarcated boundary between the two states of India and Pakistan.

But it involves tithe life and future of 23.5 million people of the princely State of Jammu & Kashmir.