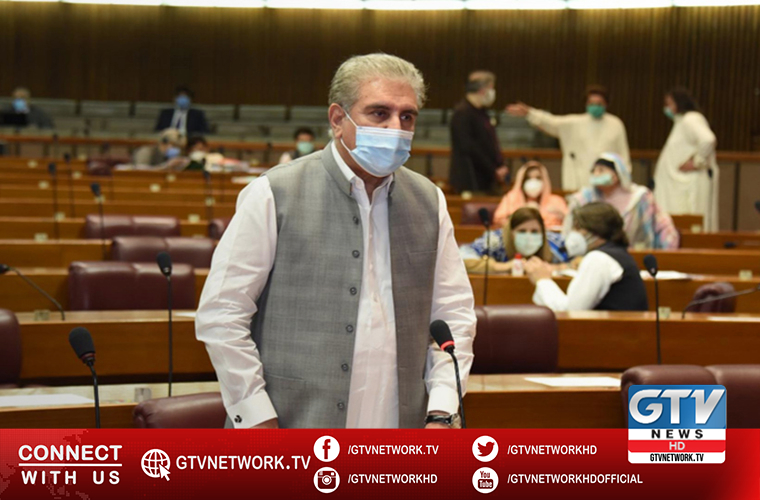 The FM said that a political committee is being constituted. That would formulate a joint way forward on critical issues of national interests including the outstanding Kashmir dispute.

He invited the PML-N, PPP, JUI (F) and Awami National Party to become part of this process.

The Foreign Minister said Pakistan has a unanimous stance on the Kashmir dispute.

He said we have rejected India’s 5th August illegal steps in the Occupied Territory as these are contrary to UN Charter and International laws.

He clarified that Pakistan is part of the group which opposes the permanent membership of India in the UN Security Council.

However, he said non-permanent seat in the Security Council is given on rotational basis.

Meanwhile, the Foreign Minister also strongly rejected the statements attributed to him and the Prime Minister about the recognition of Israel.

He rebuffed, saying no truth in them.

He said Pakistan has a historic stance on the issue.

The house is now continuing discussion on the budget for next fiscal year.

National Assembly resumed its session at the parliament house in Islamabad today[Tuesday].

On the points of PML (N) leader Khawaja Asif, the chair said Pakistan has not and will never accept Israel which is occupying the land of Palestinians.

He said our hearts beat with the oppressed Palestinian people.

Adviser notes rise in companies registration due to reforms