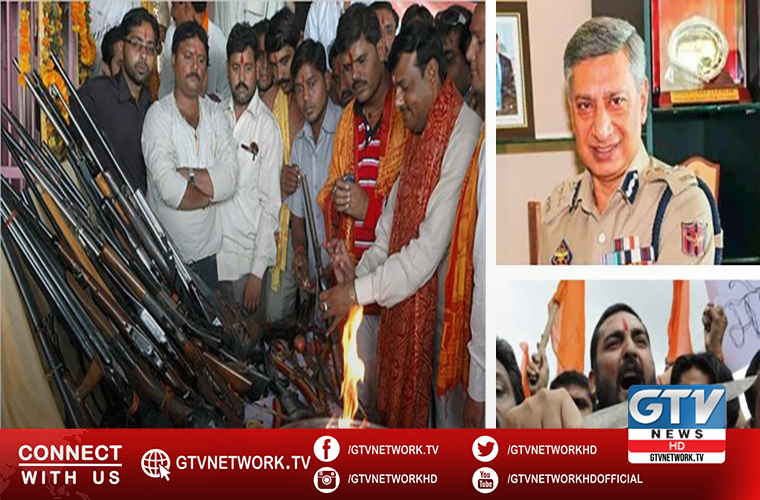 People cite notoriety of such committees are for killing innocent Muslims in Jammu and border areas of Poonch and Rajouri districts.

He said that that all arming Hindus in the Kashmir Valley would boost their sense of security.

He sees no no harm in giving arms training and providing weapons to the minority Hindu community ….in the Kashmir valley.

Former Indian DGP Paul Vaid admitted how he as the SSP of Udhampur in 1995 was instrumental in forming the first VDC in Bagankote village which was part of Udhampur district at that time.

The village is now part of Reasi carved out of Udhampur in 2007.

“Later VDCs were formed through a formal by the occupation authorities in Jammu region” where Hindus are in large number,” he said.

“This formula proved to be very successful…,” he said, while advocating creation of VDCs in the Kashmir valley as well.

“Village Defence Committees (VDCs) can be constituted in the Valley. However, this formula requires detailed planning. Forming VDCs in the Kashmir Valley is difficult, but not impossible,” he added.