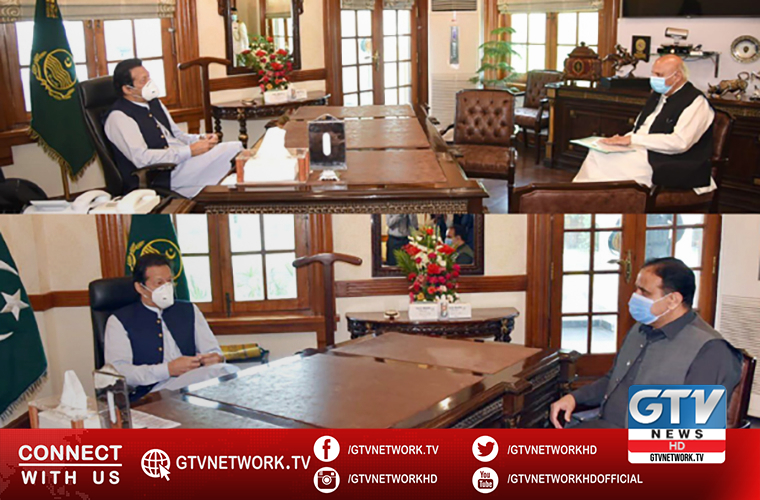 PM discusses locust operation and political situation with Punjab CM and Governor in meetings during visit to Lahore today.

During the meetings, they discussed overall situation of the province with particular reference to the steps taken to check the spread of Corona Virus.

Political and economic situation of the province also came under discussion.

The Governor Punjab apprised the Prime Minister that over one point two million poor families have been provided ration bags under Punjab Development Network.

He said that we have already provided 170,000 Personal Protective Equipment and 260,000 medical kits to doctors.

The provincial minister apprised the Prime Minister about the steps taken to implement university roadmap in the province.

He reiterated the commitment to continue efforts for promotion of education with the same resolve during COVID-19.

While speaking on the occasion, the Chief Minister said the provincial govt had notified posts of Additional Chief Secretary and Additional Inspector General for South Punjab Secretariat.

One terrorist killed in security forces operation in North Waziristan