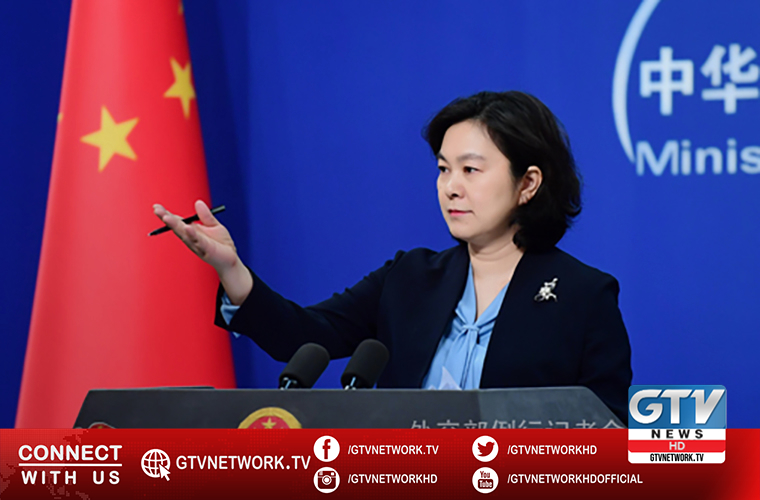 China slams US and UK for meddling into internal affairs in Hong Kong.

Foreign Ministry Spokeswoman Hua Chunying lashed out at the United Kingdom and the United States for their “interference” in the domestic affairs of Hong Kong.

China slams US and UK

She said, while addressing a press conference in the capital Beijing on June 12, 2020.

She said Beijing will resolutely push forward with a decision to impose a recently-passed national security law over the territory.

The spokeswoman vowed that unwarranted foreign interference in Hong Kong’s affairs will only make China more determined in advancing the national security legislation for Hong Kong.

Her comments came in response to a so-called Six-monthly Report by London on Hong Kong issued a day earlier.

That report criticized Beijing’s decision about the national security legislation.

She further said nor does UK have any so-called ‘responsibility.

Hua said Beijing has repeatedly expounded on its solemn position on the national security legislation for the Hong Kong Special Administrative Region.

Hong Kong returned from British to Chinese rule in 1997.

But those shelved under pressure from rallies later on.

However, turbulent demonstrations continued the next several months and became more violent, endangering the lives and property of citizens.

Beijing accuses the US and Britain of fanning the flames of the unrest in the semi-autonomous hub through supporting the separatist protesters.

That criminalized sedition, secession and subversion against the mainland.

The law drew harsh criticism from some Western governments.

Particularly the US and the UK claim that the law threatens the semi-autonomous stance of the city.

US at UN defends Israeli Jewish settlements and censures Iran