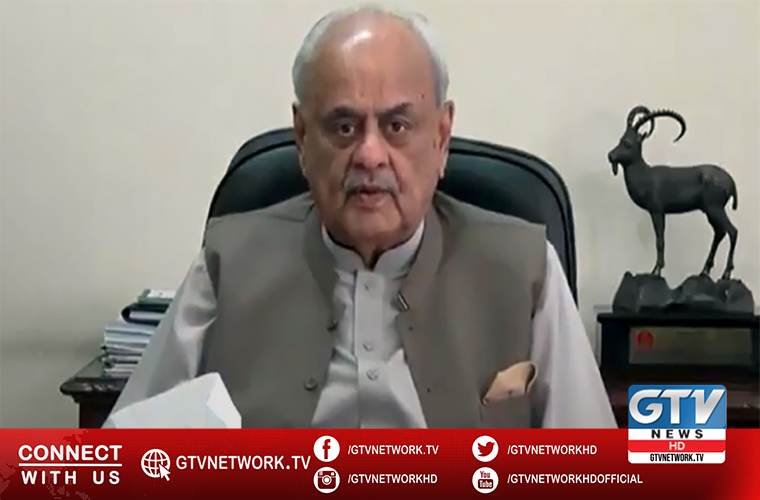 Interior Minister appeals to people to strictly follow the SOPs on COVID19.

Federal Minister for Interior Minister Ijaz Shah made this appeal during his media briefing at National Command and Operation Center in Islamabad on Friday.

He asked people to strictly follow the Standard Operating Procedures (SOPs) in order to stifle the spread of COVID-19.

Ijaz Shah cited Prime Minister has taken strict notice of the violations of SOPs and directed the provinces to ensure their compliance.

He said action has been taken against those not following the precautionary measures but stressed that the government and law enforcement agencies alone cannot control the situation until and unless the people extend their cooperation.

Minister said we can rid the country of the disease with collective efforts and unity.

He said this, while talking to a private news channel, he said testing kits were prepared in the country within a week to diagnose the coronavirus patients.

The Minister said many countries including Pakistan have eased lockdown to facilitate their people especially daily wagers.

He said the government has announced hefty economic relief package in the shape of Ehsaas programme to financially empower common man.